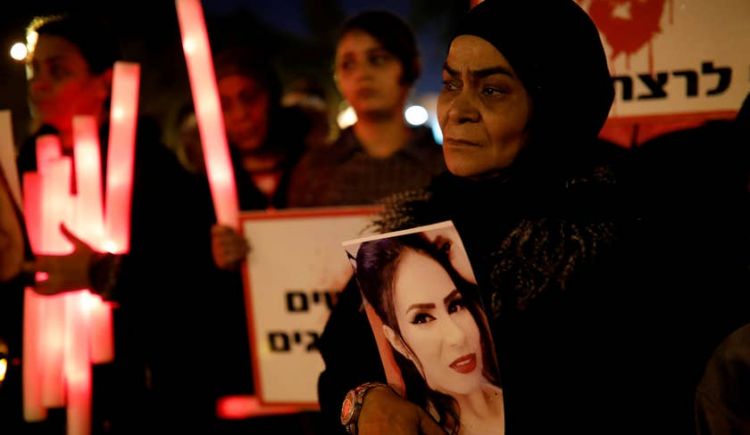 A 36-year-old woman was shot dead on Saturday in central Israel, in the second murder in the Arab community in two days.
Police have launched an investigation into the shooting in Ramle's Jawarish neighborhood, but have yet to apprehend any suspects. The motive is also unclear.
Suhaila Jarushi was rushed to the nearby Assaf Harofeh Medical Center, where she was pronounced dead. She is the seventh victim of violence in the Arab community since the beginning of the year.
Internal fights for control over the Jarushi clan has seen six family members, including a 16-year-old girl, murdered in recent months.
On Friday, Rasmia Barbur, 28, was found dead with multiple stab wounds in the northern city of Nof Hagalil after her husband, Mohammad Arslan, called the police to tell them that he had killed his wife. The couple reportedly has a 3-year-old son. According to the police, Arslan had no criminal record, and welfare services said that no domestic violence complaints had been filed.
In 2021, 126 Arabs were killed in violence and crime in Israel, according to data from the Abraham Initiatives, an NGO working toward social change and advancing the integration and equality of Arabs and Jews in Israel.
Out of those victims, 62 were under the age of 30 and 16 were women. In 105 of those cases, the murder was committed with a firearm. In addition, nine Arabs were killed by police or security guards in 2021.