Russia stands against West’s deployment of weapons in Ukraine - Medvedev 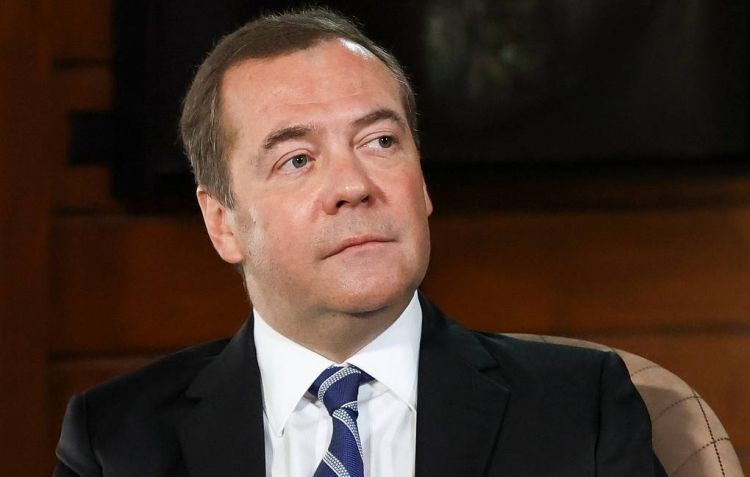 Russia stands against the deployment of weapons in Ukraine not only on behalf of NATO member states, but other Western countries as well, Russian Security Council Deputy Chairman Dmitry Medvedev said, Tass reports.

"The matter is not only about NATO’s non-expansion, however, it is very important. I believe, that the matter is about to provide other guarantees," Medvedev said speaking with Russian media outlets, including TASS news agency.

According to him, offensive weapons and missiles can be deployed on the territory of Ukraine and any other country based on bilateral agreements.

"It can be assumed later as ‘No-No’ we are not NATO and let’s say it is under an agreement between the United States and Ukraine, Britain and Ukraine, it has nothing to do with NATO and it is about our bilateral relations. However, it is all the same for us," Medvedev stated.

The high-ranking security official noted that "there can be no invitation for Ukraine to join NATO."

"We are conversed in whispers from time to time that Ukraine would not join NATO in the years to come. But this is not what we are talking about here," he added.