9 killed in US operation in Syria’s Idlib - ednews.net

"Both Lukashenko and Putin's threats are no more than desperate attempts of bluffing" - Ukrainian expert
Read: 228

9 killed in US operation in Syria’s Idlib 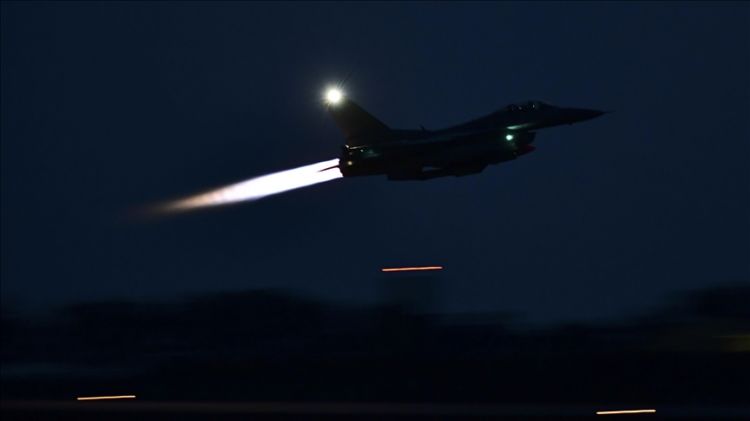 Nine people were killed in an operation carried out by US forces early Thursday in Syria's Idlib province, according to civil defense teams, Anadolu Agency reports.

The operation targeted an individual suspected to be affiliated with the Daesh/ISIS terrorist group with the support of an F-16 fighter jet and a helicopter.

An airdrop was launched at 1.20 a.m. local time (2220GMT) from the helicopter to a house near Atma village.

"At around 00.30 (2130GMT), there was a noise coming from outside, I thought it was a flood. When I got out and looked, the helicopters were hovering above and one of the helicopters was calling with a megaphone," said a village resident, who spoke to Anadolu Agency on condition of anonymity due to fear of reprisal.

Gunshots were then heard from near the house after US soldiers were calling for surrender, according to the resident who said that the neighboring homes were damaged.

Civil defense teams working on the debris said that nine people, including children and women, died in the raid.

Footage captured by an Anadolu Agency team at the scene showed some walls and ceilings of the house collapsed due to bombs thrown during the raid, a kitchen part burned, all the furniture was destroyed and traces of blood on the floors.

According to local sources, the operation may have targeted one of the most wanted ringleaders of the Daesh/ISIS terrorist group.

Commenting on the operation, US Pentagon Press Secretary John Kirby said in a brief statement that the operation was successful.

Kirby stated that there were no casualties from the US side and that more information will be shared when it becomes available.

The spokesperson declined to give any details about the target's name or group.

In October 2019, the US announced that Daesh/ISIS leader Abu Bakr al-Baghdadi was killed in a similar operation in Idlib.