Germany to use all diplomatic means to prevent war in Europe - Scholz - ednews.net 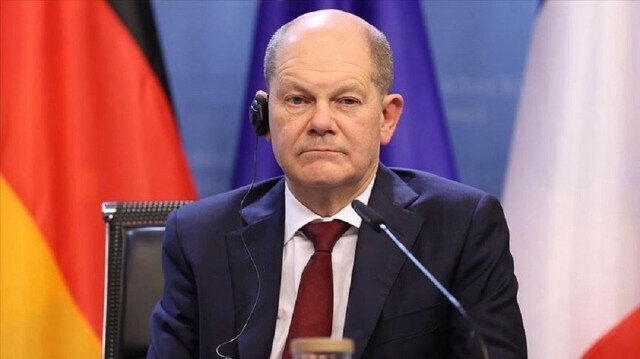 Scholz made the remarks during his speech in Federal Council (Bundesrat), the legislative body representing country's federated states.

“It’s our duty to prevent a new war in Europe. Our clear message to Russia is, any military aggression would have severe consequences,” he said, adding that Germany and its Western allies have a united position on possible sanctions.

“But at the same time, we will use all the opportunities to continue our (diplomatic) efforts, through bilateral talks between the US and Russia, NATO-Russia Council meetings, through the OSCE and the Normandy format talks, “ he added.

Scholz said he will travel to Ukraine and Russia next week, as part of diplomatic efforts to find a political solution to the crisis.

“All this would serve what we’d like to achieve, to ensure peace in Europe, and it is worth the effort,” he said.

Ukraine has been plagued by conflict in its eastern regions since March 2014 following Russia’s invasion and annexation of Crimea.

Moscow recently amassed more than 100,000 troops near Ukraine, prompting fears that the Kremlin could be planning another military offensive against its ex-Soviet neighbor.

Russia has denied it is preparing to invade and accused Western countries of undermining its security by NATO’s expansion towards its borders.

The Kremlin also issued a list of security demands to the West, including a rolling back of troop deployments from some ex-Soviet states, and guarantees that Ukraine and Georgia will not join NATO.