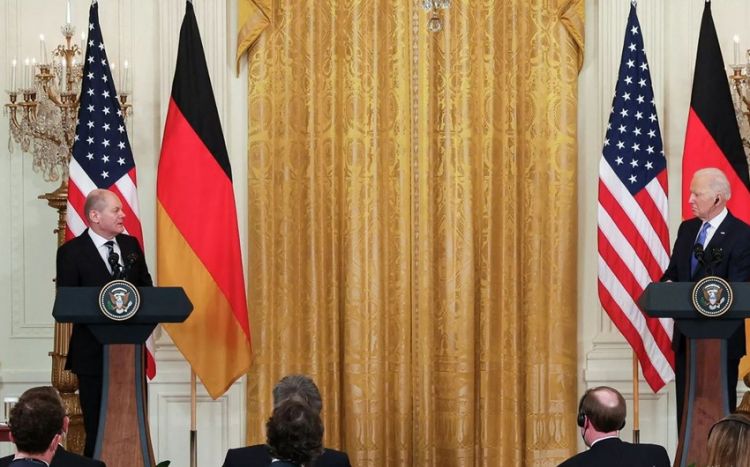 A German government spokesperson said the two leaders agreed the situation in Ukraine must be assessed as "extremely serious" as there is still a risk of further Russian military aggression.

The White House said in a statement that Biden and Scholz discussed their respective recent conversations with Russian President Vladimir Putin and Ukrainian President Volodymyr Zelenskiy.

Biden and Scholz "reaffirmed their commitment to Ukraine’s sovereignty and territorial integrity and underscored the importance of continued transatlantic coordination on diplomacy and deterrence measures and the reinforcement of NATO’s eastern flank if Russia further invades Ukraine," the White House said.