NATO to shore up defense posture after Russian intervention in Ukraine - ednews.net

NATO to shore up defense posture after Russian intervention in Ukraine 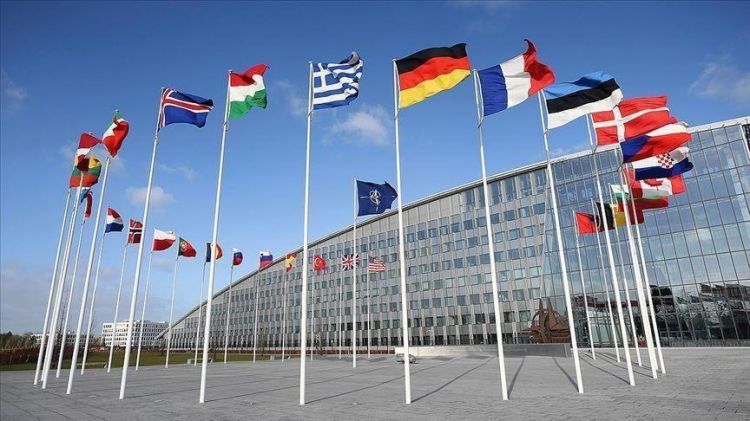 NATO decided on Thursday to reinforce its defense and deterrence amid Russia's continuing intervention in Ukraine, as well as to launch special emergency talks under Article 4 of the alliance's charter, Anadolu Agency reports.

In a statement released after an emergency meeting of NATO ambassadors, the alliance condemned "in the strongest possible terms Russia's horrifying attack on Ukraine, which is entirely unjustified and unprovoked" and deplored "Belarus for enabling this attack."

"Russia's actions pose a serious threat to Euro-Atlantic security, and they will have geostrategic consequences," the statement pointed out.

This was the seventh time in NATO's history that it decided to activate Article 4 of the Washington Treaty, under which consultations are held to discuss threats to the "territorial integrity, political independence or security of any of the" alliance's members.

"We have decided, in line with our defensive planning to protect all Allies, to take additional steps to further strengthen deterrence and defense across the Alliance," said the statement.

NATO called on Moscow to immediately cease its military action and withdraw all its forces from in and around Ukraine, and allow access to humanitarian assistance.

It also stressed that the allies would "never accept" the decision on recognizing the separatist regions of Luhansk and Donetsk in eastern Ukraine since it further violates that country's territorial integrity and sovereignty.

Russia has launched a full-scale intervention and is targeting key areas in Ukrainian cities with weapons and missiles, according to reports.

Early on Thursday, explosions were reported in several Ukrainian provinces, including the capital Kyiv, and several tanks reportedly crossed the border with Belarus into Ukraine.

In a statement on Thursday morning, the Russian Defense Ministry announced it is using "high-precision weapons" to disable air defense systems, military airports, and air forces in Ukraine.