EU will be stronger with Ukraine - Zelenskyy - ednews.net

EU will be stronger with Ukraine - Zelenskyy 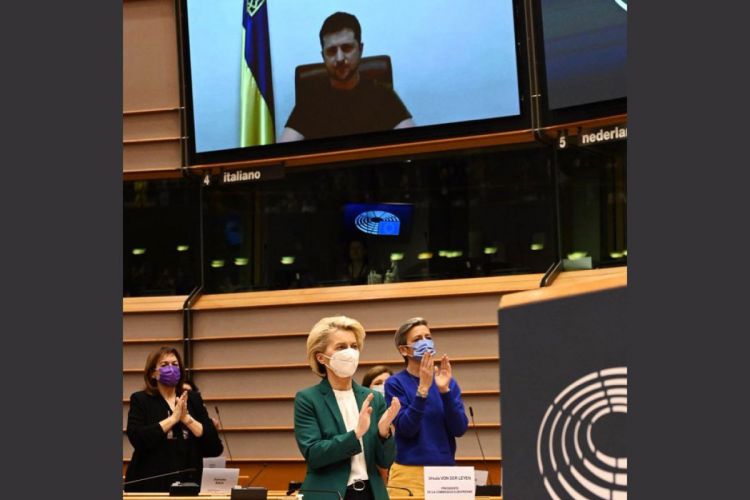 The Ukrainian leader said 16 children had been killed in the conflict on Monday.

“We also fight to be equal members of Europe, and I believe that today we demonstrate to everybody that we are Europeans and together with us, the EU will be stronger,” he said.

Zelenskyy said that while he was happy to see European officials united against the Russian attack on Ukraine, his country was still suffering “tragedy” and “shellings all the time.”

But he was defiant, adding: “Despite the fact that all our largest cities are blocked, nobody shall occupy our country. Nobody will break us because we are Ukrainians.”

Members of the European Parliament gave Zelenskyy a standing ovation after his address.