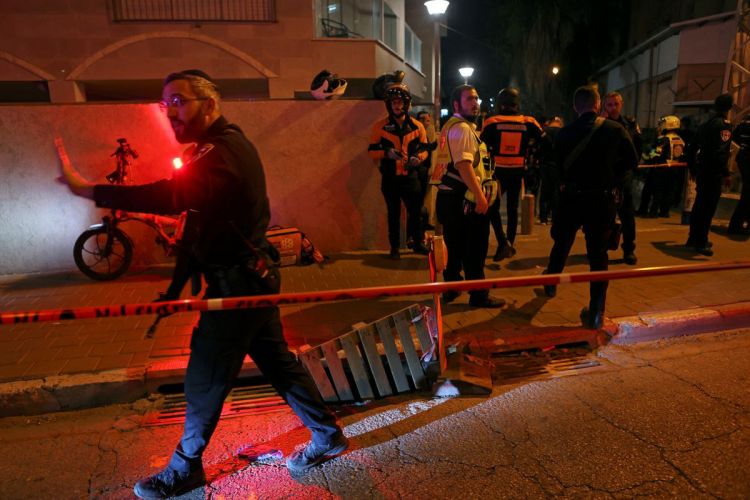 An Arab gunman killed at least five people in a Tel Aviv suburb on Tuesday before he was fatally shot, the national ambulance service said, the latest in a string of deadly attacks in Israel, Reuters infroms

Amateur video broadcast on Israeli television stations showed a man dressed in black and pointing an assault rifle walking down a street in Bnei Brak, a Jewish ultra-Orthodox city on the outskirts of Israel's commercial capital.

Israeli media reports, quoting unidentified security officials, said the assailant was a Palestinian from a village near the city of Jenin in the occupied West Bank.

In Bnei Brak, witnesses said the gunman began shooting at apartment balconies and then at people on the street and in a car.

The Magen David Adom ambulance service said he shot dead five people, raising to 11 the number of Israelis killed by Arab assailants over the past week.