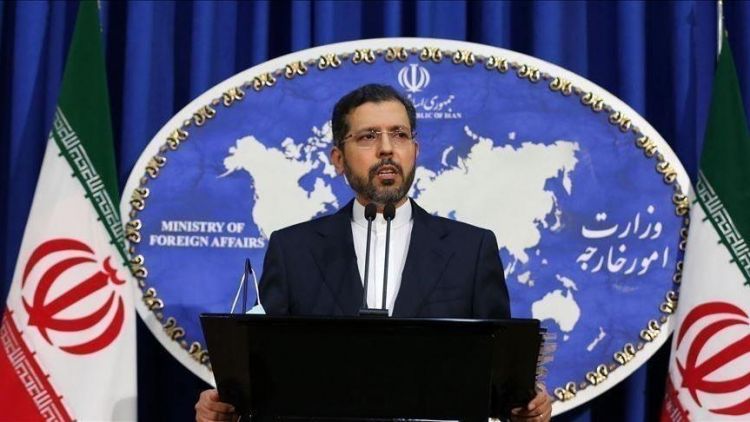 Iranian Foreign Ministry Spokesman Saeed Khatibzadeh welcomed the announcement by the UN envoy of a two-month ceasefire in Yemen, the partial reopening of Sanaa airport, and the entry of humanitarian aid to the country, Ednews reports citing Mehr news.

In a statement on Saturday, Saeed Khatibzadeh, Spokesman for the Ministry of Foreign Affairs of the Islamic Republic of Iran welcomed the initiative by the UN Secretary-General's Special Representative for Yemen Hans Grundberg over the cessation of military operations for two months and allow the entry of ships carrying food and fuel, as well as the partial reopening of Sanaa Airport.

The Foreign Ministry spokesman expressed hope that the move could be a prelude to the complete lifting of the blockade and the establishment of a permanent ceasefire in order to find a political solution to the Yemeni crisis.

Khatibzadeh emphasized Iran's stance on supporting a political and humanitarian solution to the Yemen problem and said, "We hope at the start of the holy month of Ramadan, through prioritizing humanitarian issues and continuing the ceasefire, we will see an improvement in humanitarian conditions and a full exchange of prisoners and inmates between the warring sides."

The spokesman added that the temporary ceasefire could lay the ground for the commencement of a political initiative to resolve the crisis.

Moreover, in a statement on Friday, the spokesman for the Yemeni Ansarullah movement Mohammad Abdul Salam welcomed the announcement by the UN envoy of a two-month ceasefire in Yemen.