EU finance ministers ready to step up sanctions on Russia 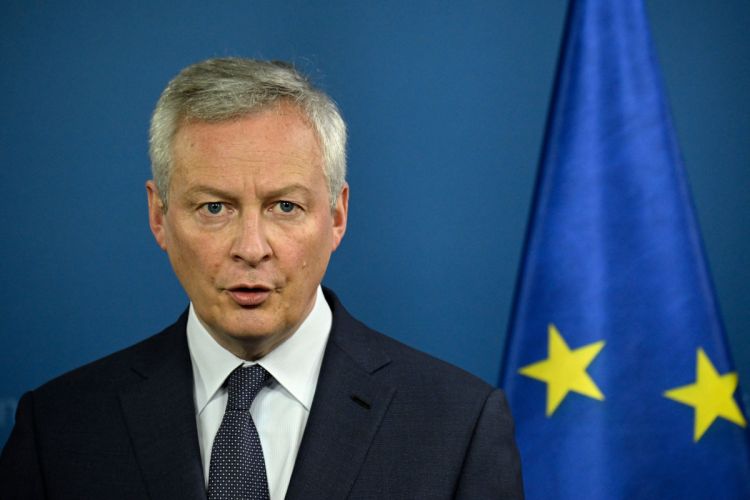 "We have new images from satellites on what is happening, what was happening in Bucha. And we have to react," Paolo Gentiloni, European Commissioner for the Economy, said Tuesday. He reiterated that "nothing is off the table."

Le Maire said he was not sure what the position of the 27 member states will be, but said he thinks there is "total determination" of all the member states to "enforce sanctions."

Lithuanian Finance Minister Gintare Skaiste also called for taking the sanctions to the next level by cutting Russia from its main revenues resources -- its energy sector.

"I think we should cut buying from Russia, oil, gas and coal. And Lithuania is the first country in the European Union to say goodbye to Russian gas," Skaiste said.

Skaiste added that in refusing to buy gas from Russia her country had set "a good example" to other European countries.

She added that closing ports and roads for Russian goods and cutting Gazprombank from SWIFT should also be considered.

Gazprombank is used by foreign buyers to pay for Russian gas purchases.

The EU is expected to announce further sanctions on Russia as early as this week and working on it as a "matter of urgency." The bloc could strengthen existing sanctions or move forward with cutting off some Russian energy exports.

Germany’s Finance Minister Christian Lindner said Monday that cutting off gas supplies was not possible right now. "We need some time and so we have to differentiate between oil, coal and gas at the moment," he added.