EU chiefs latest sanctions against Russia are "not enough" - Zelenskyy 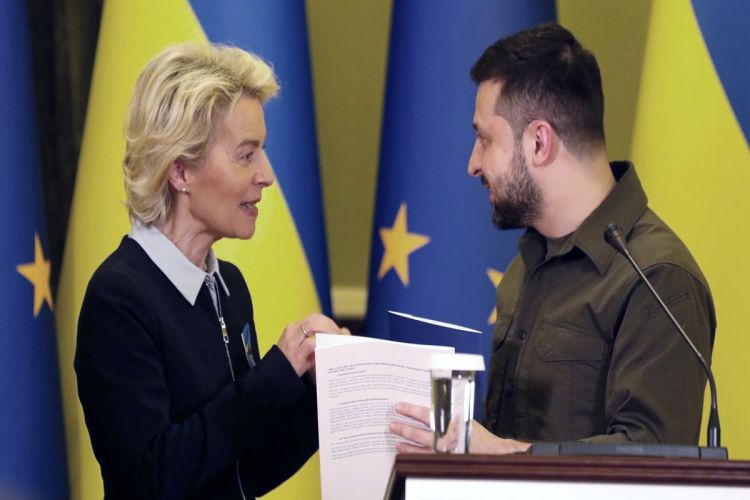 I would like to thank all the world, the EU, Ursula von der Leyen personally, for the 5th sanctions package, but I think it is not enough," he said, speaking in Kyiv alongside European Commission President Ursula von der Leyen and High Representative of Foreign Policy and Security Josep Borrell.

“Because they [Russia] have taken a lot away from us, the territories, the people,” he said.

While Ukraine can “bring the territories back," they cannot “bring those people back to life," he said.

“Please keep helping us with the sanctions," he added.

The EU’s fifth round of sanctions was adopted this week and includes a ban on Russian coal imports and blocks Russian access to EU ports.

He said he hoped to be able to pledge a further 500 million euros ($543 million) in military assistance “within the next couple of days," on top of the 1 billion euros ($1.09 billion) already allocated.