Turkey one of the most active countries seeking peace in Ukraine - Envoy - ednews.net 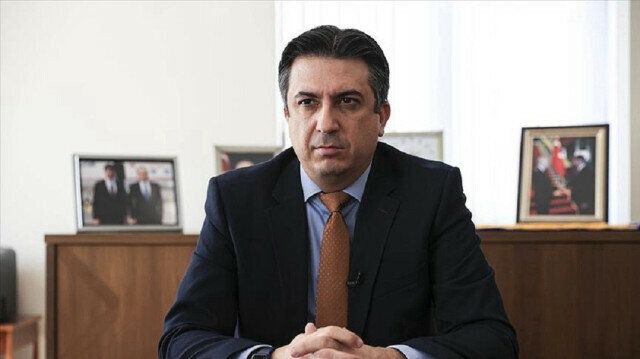 “Turkey is perhaps one of the countries that have produced the most concrete results for reaching a consensus between the parties in the field of diplomacy,” Yagmur Ahmet Guldere told Anadolu Agency.

"Turkey is one of the most active countries on the diplomacy front,” he said, pointing to the recent negotiations held in Istanbul.

He also stressed that Turkey has evacuated 16,700 people from war-torn Ukraine as of Thursday, and to date sent 62 truckfuls of humanitarian aid to the country.

Underlining that Turkey is carrying out important work on the evacuation of people from the coastal city of Mariupol, he said that there are nearly 30 Turkish citizens in the city.

Telling how Ankara offered to open a sea corridor for civilian evacuation from Mariupol, Guldere added: "Our wish is that these efforts will turn into concrete results as soon as possible, and that Turkey will be able to make the necessary contributions to the safe evacuation of both our citizens and other civilians who are victims there."

He noted that due to serious security risks around the capital Kyiv, the Turkish Embassy was temporarily moved to Chernivtsi on the Romanian border and then this week back to Kyiv.

But he cautioned against assuming that the city is safe now because the embassy has returned and rushing back to the city.

"Although there is no serious security risk yet, it may be better not to hurry too much until a normal order is established in the city, a certain cease-fire is established, and perhaps the airspace is opened."