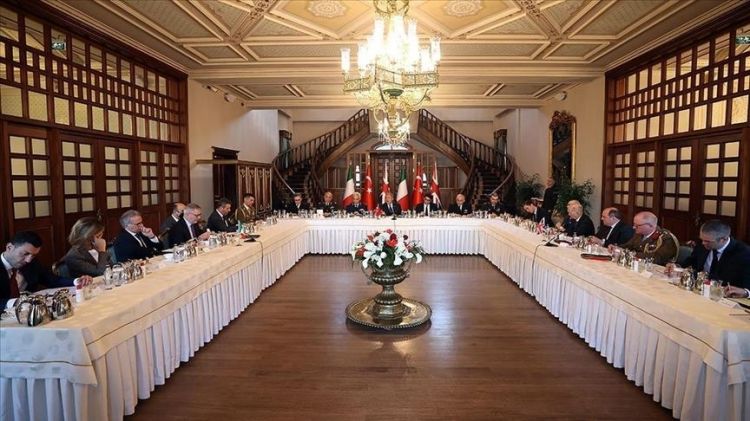 "In addition to defense and security issues between our countries, we had the opportunity to exchange views on the latest developments in the world and in our region, through cooperation with the defense industry and military education," Akar said at a news conference in Istanbul after the meeting.

He said the group agreed that it would “continue to openly express our support for the sovereignty, independence and territorial integrity of Ukraine.”

Akar noted that within the framework of the latest developments in Ukraine, the ministers have also revealed in the meetings that there is a need for a cease-fire as soon as possible so that there are no more casualties, civilian casualties and the humanitarian situation does not further deteriorate.