Russia Threatened To Send Nuclear Weapons To The Baltics - ednews.net

Russia Threatened To Send Nuclear Weapons To The Baltics 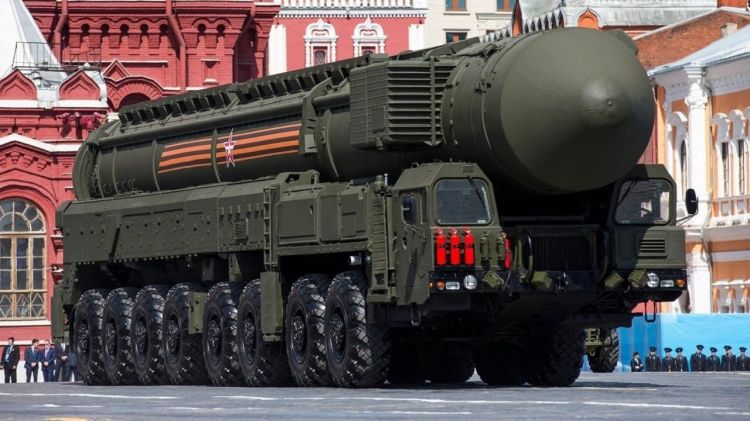 Russia has nukes in the Baltics already: Russia on Thursday threatened to deploy nuclear weapons to the Baltics if Finland and Sweden join NATO, despite the fact it’s already assessed to have such assets in the region.
“If Sweden and Finland join NATO, the length of the land borders of the alliance with the Russian Federation will more than double. Naturally, these boundaries will have to be strengthened,” Dmitry Medvedev, deputy chairman of Russia’s Security Council, said on Telegram.
“There can be no more talk of any nuclear-free status for the Baltic — the balance must be restored,” Medvedev, an ally of Russian President Vladimir Putin, said.
Lithuanian Defence Minister Arvydas Anusauskas responded by saying the Russian threat is “quite strange” given Russia currently has nuclear weapons in Kaliningrad, a Russian exclave on the Baltic sea, per Reuters. Kaliningrad is located between Lithuania and Poland, both NATO members.
“The current Russian threats look quite strange, when we know that, even without the present security situation, they keep the weapon 100 km from Lithuania’s border,”
“Nuclear weapons have always been kept in Kaliningrad…the international community, the countries in the region, are perfectly aware of this…They use it as a threat,” he added.
The Federation of American Scientists (FAS) in 2018 published satellite images that it said showed “a major renovation of what appears to be an active nuclear weapons storage site in the Kaliningrad region, about 50 kilometers from the Polish border.”
Carl Bildt, former prime minister of Sweden, in a tweet said Medvedev’s warning was a “fairly empty threat” given the apparent presence of Russian nukes in Kaliningrad.
Hans Kristensen, the director of the nuclear information project at FAS, also downplayed Medvedev’s nuclear threat and challenged the Russian politician’s suggestion that a “balance” would need to be restored if Finland and Sweden joined NATO.
“What balance? Even if Finland/Sweden join, there will be no nukes in east Europe,” Kristensen tweeted on Thursday. “This is a good reminder that Russia uses nukes to compensate for what it sees as inferior conventional capabilities. Ukraine flop and NATO expansion will likely reinforce that.”
Russia’s war in Ukraine has pushed Finland and Sweden closer than ever to joining NATO. The leaders of both countries on Wednesday signaled a decision on whether to pursue membership in the alliance could be made in the near future.