U.S. Secretary of State Antony Blinken made a phone call to President of the Republic of Azerbaijan Ilham Aliyev
Read: 141 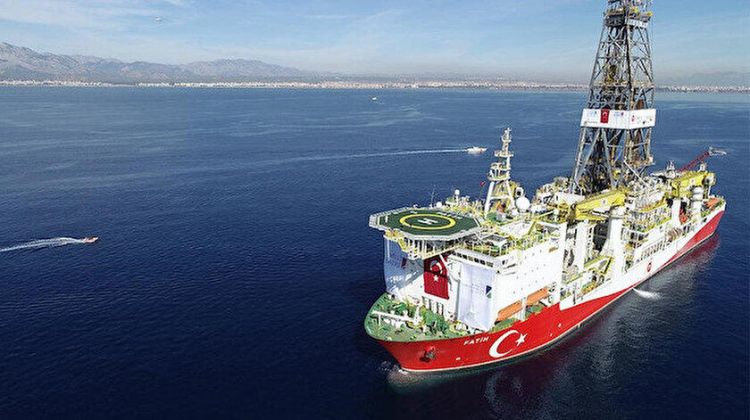 Turkey’s Energy and Natural Resources Minister Fatih Donmez has stated that the natural gas to be extracted in the Black Sea will be delivered to the system in the first quarter of 2023, Yeni Shafak newspaper has reported.

Donmez made the remarks at the fast-breaking dinner held at the ministry on April 20.

He stated that prestigious studies have been carried out to considerably reduce Turkey’s foreign energy dependence.

Donmez stated that the expansion of renewable energy capacity and the commissioning of the first unit of the Akkuyu Nuclear Power Plant would usher in a new era in energy.

He went on to say that the fourth drilling ship for natural gas and oil exploration will arrive in Turkey in the coming months.

"In order to mitigate the risks of natural gas crises, we have commissioned our Ertugrul FSRU natural gas storage ship for this purpose, as well as established warehouses in Silivri and under Salt Lake," the minister stressed.

According to Donmez, the ministry has established reasonable processing timeframes in order to serve people and investors effectively.

“We have reduced the service period to 30 days per job, which improved our business procedures by 42 percent,” he stressed.

Donmez pointed out that they have started to get the results of the end product and high-tech steps in the boron mine as well.

“Lithium production, which is used in battery technology in high-tech products, started with the efforts of our research and development engineers. 2022 will be a year when more boron ore turns into end products. Our boron carbide plant will be commissioned. In addition, we will lay the foundation of our ferroboron facility and our new domestic lithium facilities that will produce at full capacity. We will start the installation of our pilot plant that will produce rare earth elements this year," he added.

On October 17, 2021, Turkey discovered an additional 85 bcm of natural gas reserves in the Black Sea, and on October 21, Turkish President Recep Tayyip Erdogan confirmed that the vessel was slated to start operations at the Turkali-1 well in November.

It should be noted that the Fatih drillship completed deep-water drilling in Turkey's first deep-sea detection well, Turkali-1 (3,920m depth) in 77 days.

In the second deep-sea detection well, Turkali-2 (23950 m depth), Fatih completed the reserve determination studies and continued drilling in the North Sakarya Gas Field for new discoveries. The ship has drilled the Amasra-1 well here. Since May 28, 2021, the drillship has been drilling at Turkali-3 in the Sakarya Gas Field.