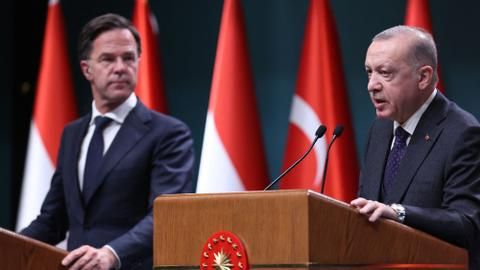 The call addressed the steps that would enhance the bilateral relations, as well as the regional issues, particularly the Ukraine-Russia war, according to a statement by Turkey's Directorate of Communications.

Erdoğan stressed that the Istanbul process continued to preserve its status as the most reliable and shortest way out among the efforts aimed at terminating the war in Ukraine and overcoming the crisis.

Erdoğan noted that Turkey was maintaining its attempts about humanitarian corridors with both the Russian and Ukrainian authorities.

Erdoğan also stated that it would be beneficial to continue the dialogue regarding the steps to be taken to stop the war and mitigate its global repercussions.