Israeli journalist: “I will write about all I have seen in Karabakh”
Read: 287

Syrian Armenians have no future in Karabakh - Details of the Artificial Settlement
Read: 171 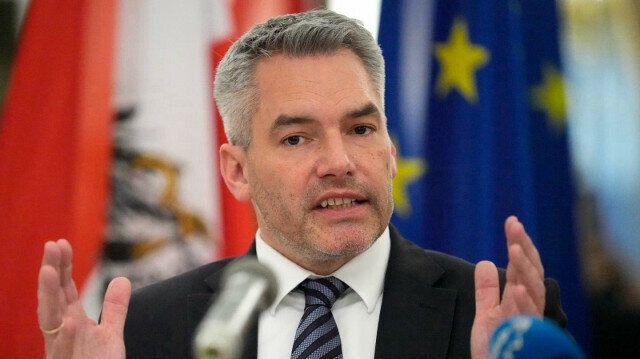 Austrian Chancellor says Turkey is important for his country in many ways and relations will be taken to better level, Yeni Safak reports.

As an important ally, Austria will strive for better relations with Turkey, the Austrian Chancellor Karl Nehammer said on Saturday.

"We will take the relations with Turkiye to a better level. This is very important for us in many ways,” said Nehammer, who was re-elected as the Austrian People's Party chairman unanimously at the 40th extraordinary congress.

In his speech at the congress, he said his country is neutral on the Russian war on Ukraine, but they have the right to have a say in the face of violations of international law and injustices.

Responding to the criticism of his visits to Russia and Ukraine last month, he said that it is important to do everything possible for a ceasefire after seeing what happened in Bucha.

He said that he took action in the face of this tragedy instead of watching what was going on without doing anything.

Nehammer held various meetings during his trip to Ukraine’s capital Kyiv on April 9 and visited war-hit areas, particularly Bucha, a liberated Ukrainian city near Kyiv where the bodies of civilians allegedly killed by Russian troops were discovered.

Following his visit to Kyiv, Nehammer went to Moscow on April 11 and met with Russian President Vladimir Putin.

Nehammer became the first European leader to visit Moscow since the beginning of the Russia-Ukraine war on Feb. 24.

At least 3,573 people have been killed and 3,816 injured in the war, according to UN estimates. The true toll is feared to be much higher.