Sweden pledges to abide by agreement with Türkiye
Read: 106

Turkey will say ‘no’ to Finland, Sweden’s NATO membership - Erdogan 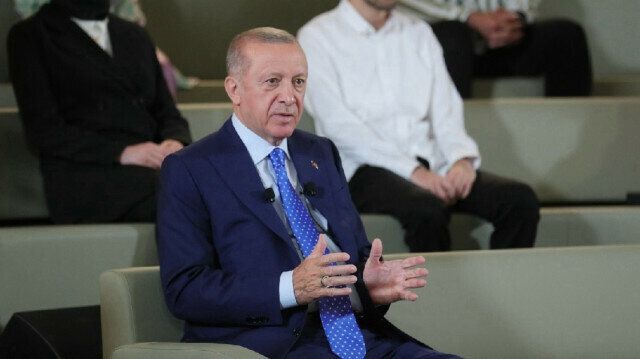 Turkey has voiced objections to membership bids of Nordic countries, criticizing them for tolerating, even supporting terror groups

According to Yeni Safak, Turkey will say “no” to entry of Finland and Sweden into NATO, President Recep Tayyip Erdogan said Thursday, as senior representatives of the two countries are set to visit Turkey for talks in the coming days.

The Turkish leader reiterated Ankara’s security concerns amid Helsinki and Stockholm’s NATO bids, saying the Nordic countries are hosting members of the terror groups, such as YPG/ PKK and the Fetullah Terrorist Organization (FETO).

“We told them, we said that NATO is a security organization, we cannot accept the existence of terrorist organizations in such an organization,” Erdogan told a meeting with a group of young people in the capital Ankara on the occasion of the Commemoration of Ataturk, Youth and Sports Day.

“Especially Sweden is a real guesthouse for terror,” he said, adding that Stockholm also imposed an arms embargo on Turkey.

Turkey, a longstanding NATO member, has voiced objections to Finland and Sweden’s membership bids, criticizing the countries for tolerating and even supporting terror groups, including the YPG/PKK.

Over the last five years, both Helsinki and Stockholm have failed to agree to Ankara’s requests for the extradition of dozens of terrorists, including members of the PKK and FETO, the group behind the 2016 defeated coup in Turkey.

Senior representatives of Finland and Sweden are set to visit Turkey in the coming days to hold official talks in Ankara to discuss their accession processes.