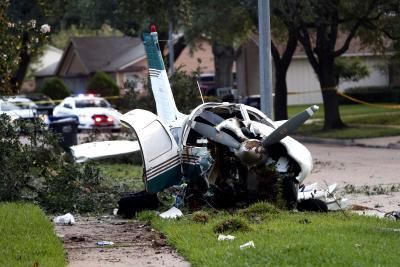 A tourist plane crashed on Saturday afternoon near the town of Les Adrets in southeast France, French news channel BFMTV reported.
Five dead bodies, including that of a child, were discovered at the site of the crash.
Local media reported that four of the people killed in the incident were from the same family.