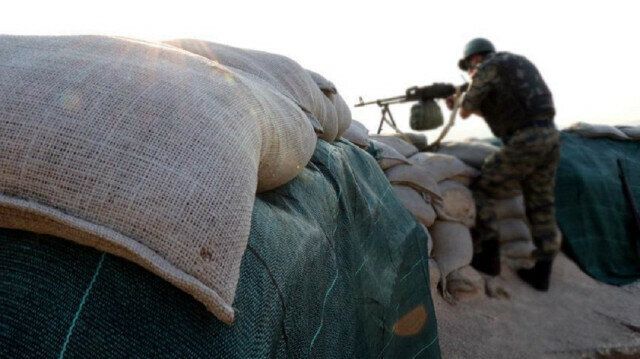 4 Turkish soldiers also injured as Turkiye launches its latest Operation Claw-Lock
Three Turkish soldiers were killed by PKK terrorists in northern Iraq, Turkiye's National Defense Ministry said Tuesday.
The soldiers were killed while performing their duties as Turkiye launched its latest anti-terror operation dubbed Claw-Lock in northern Iraq.
Four other soldiers were also injured in the attack.
In its more than 35-year terror campaign against Turkiye, the PKK – listed as a terrorist organization by Turkiye, the US and the European Union – has been responsible for the deaths of at least 40,000 people, including women, children and infants.