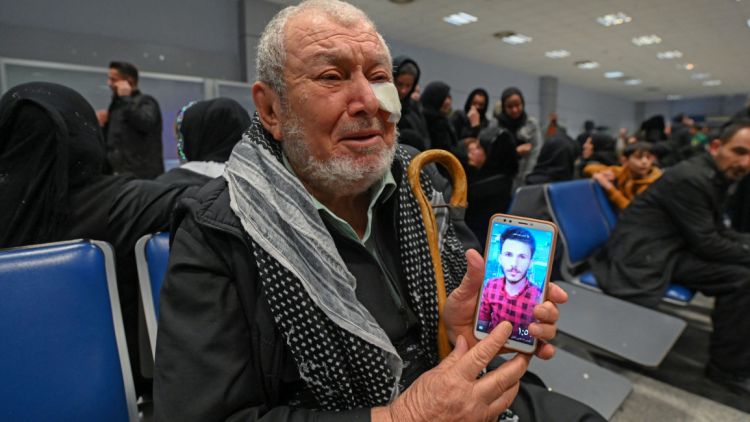 The UK Home Office is scheduled to deport hundreds of Kurdish asylum seekers to Erbil by the end of this month.
Hundreds of Kurdish asylum seekers in the United Kingdom, many of whom have cases pending decisions, have been detained by police and will likely be forceful deported to Erbil by the end of this month, Iraqi lawmakers and Kurdish activists in the UK told The New Arab.
"I have spoken with nearly 20 Kurdish asylum seekers who are now being detained at a deportation centre in the UK. The asylum seekers are scheduled to be deported to Erbil International Airport by May 31," Aryan Tawagozi, Kurdish Iraqi member of parliament from the For the Sake of People coalition, and a member of the parliament's foreign relations committee told The New Arab in a phone interview.
"What has increased our suspicions regarding a secret deal between the Kurdistan Regional Government (KRG) and the UK home office to deport Kurdish asylum seekers is that Erbil International Airport is open for the deportation process. If the airport will not be open to the waiting deportation flight, then the UK cannot carry out its deportation plan," he added.
Masrour Barzani, the KRG's prime minister, visited the UK last month and met with senior British officials, including the British Home Secretary, Priti Patel on 20 April. During his visit, Barzani's convoy was hit with eggs thrown by angry Kurdish protestors in London.
"Both sides discussed the importance of working together on security and agreed that officials should meet to further strengthen joint efforts to address migration challenges over the coming months," said a statement by the UK Home Office.
"The Home Secretary thanked Prime Minister Barzani and his officials for the productive cooperation between the Kurdistan Region of Iraq and the UK thus far," the statement added.
Tawagozi also said that they are not yet sure that the Iraqi federal government is aware of the scheduled deportation, and he would request an official clarification from the Iraqi foreign ministry.
He also confirmed that he will seek to discuss the issue at the foreign relations committee, and address the Iraqi Civilian Aviation Authority to ask if they had given consent for the deportation flight to Erbil.
"Iraq and the Kurdistan region are experiencing a very bad political, security, and economic situation and we are against any forced deportation of Iraqi asylum seekers for the time being. Neither the Iraqi government nor the KRG can guarantee to protect the lives of those asylum seekers once deported to the war-torn country," he stressed.
The New Arab has contacted the UK cabinet press office, but they referred any questions on this topic to be sent to the Home Office.
"The KRG and the Iraqi federal government have been in coordination and have a joint stance regarding forceful deportation of asylum seekers," Safeen Dizayee, the head of the KRG Department of Foreign Relations asserted to The New Arab. "This is the stance by the Kurdistan region and Iraq that we welcome those asylum seekers who willfully return to their home country."
Nizar Wais, a lawyer from the UK, said to The New Arab that British binding laws did not allow deportation of any asylum seeker whose case is yet pending.
He also noted that he had formally asked the UK Home Office to be able to see the detained asylum seekers, but the authorities refused.
"Home Office officials have told me that the asylum seekers have committed crimes, and they have no permission to stay in the UK without giving further details. Immigration is a big issue in the UK, it has political and commercial dimensions. Every time the country is heading towards general elections, some asylum seekers are forcibly deported to their original countries," the lawyer said.
In November,  at least 31 people, mostly Kurds, were found dead off the English Channel, after their boat sank as they were trying to reach the UK illegally.