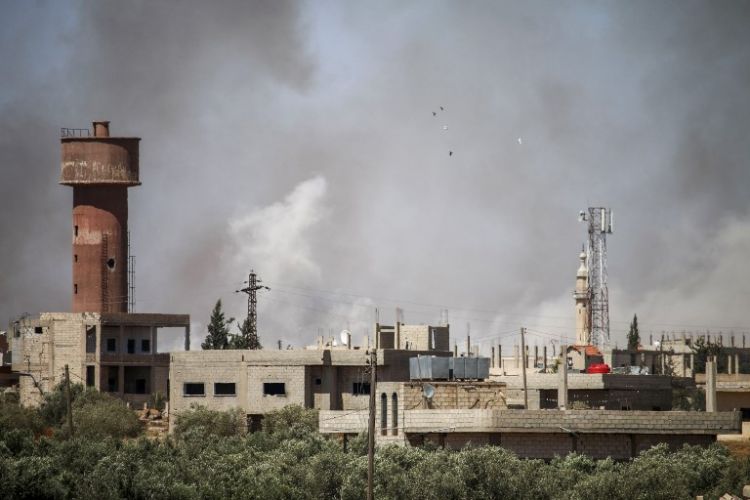 An Israeli missile attack early on Friday hit several targets south of the Syrian capital Damascus, wounding at least one civilian, Syrian state media reported.
Syrian air defense intercepted most of the missiles but those that reached their target left at least one civilian wounded and caused material damage, SANA said.