Death toll from powerful quake in Afghanistan rises to 920 - ednews.net

Death toll from powerful quake in Afghanistan rises to 920 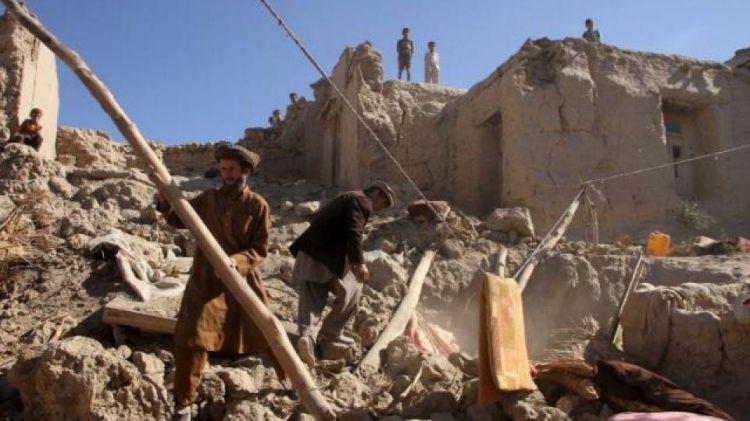 At least 920 people have been killed and hundreds more injured after a 6.1 magnitude earthquake in southeastern Afghanistan, officials have said, News.Az reports.

The quake struck about 27 miles (44km) from the city of Khost, close to the country's border with Pakistan, and was at a depth of 31.6 miles (51km), according to the US Geological Survey.

At least 920 people have been killed and 600 hurt, an Afghan emergency official said.

"The death toll is likely to rise as some of the villages are in remote areas in the mountains and it will take some time to collect details," interior ministry official Salahuddin Ayubi said.

Tremors were felt over a range of around 310 miles (500km) by about 119 million people in Pakistan, Afghanistan and India, the European Mediterranean Seismological Centre (EMSC) said in a tweet.

There were no immediate reports of damage or casualties in Pakistan.