Georgians protest government for not being granted EU candidacy status 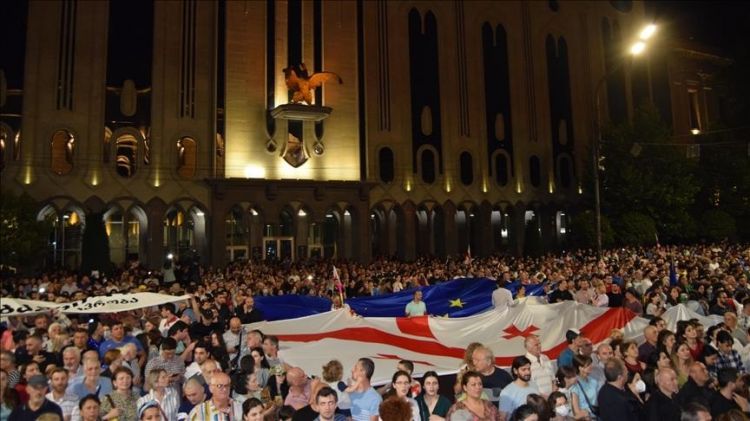 Protestors in Georgia on Friday demanded the resignation of Prime Minister Irakli Garibashvili after the country was not given "candidate" status by the European Union, Anadolu Agency reports.

During the demonstration in the national capital of Tbilisi in front of the parliament, protestors blamed the government for "failing" to obtain the status at an EU Summit on June 23.

He said his country was given EU candidate country status and noted that Georgia is on the same path.