Türkiye has legitimate concerns on terrorism by Kurdish groups - Greece 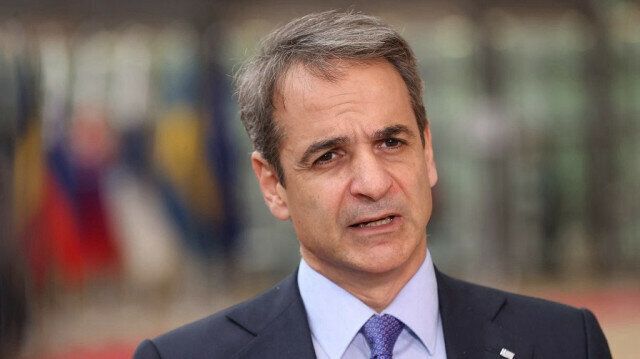 “Türkiye has some reasonable concerns when it comes to the issue of terrorism perpetrated by Kurdish organizations. Türkiye has paid a heavy price for such terrorist acts,” Kyriakos Mitsotakis said at a press conference at the NATO summit in Madrid.

“This is something we have no difficulty recognizing,” he said, replying to a question about Ankara’s trilateral memorandum with Sweden and Finland.

Signed on Tuesday after talks between Turkish President Recep Tayyip Erdogan and leaders of the two Nordic countries and NATO, the agreement opened the path for the alliance to officially invite Finland and Sweden to join its ranks.

The two countries have pledged to address Türkiye’s terrorism concerns and lift an arms embargo on Ankara.

It also states that Finland and Sweden will work closely with Türkiye on issues related to exchange of information, extradition and, in general, the fight against terrorism.

On bilateral ties, Mitsotakis said Greece and Türkiye must keep talking to resolve their issues in a “civilized manner.”

“We must meet, we must talk,” he said, referring to Erdogan.

“We must deal with our differences in a civilized manner, in a framework of good neighborly relations and with international law as the sole point of reference. There is no other framework on which we can rely to resolve our differences.”

Türkiye did not raise any issues against Greece during the summit, according to Mitsotakis.

However, he clarified that all members were told that the Ukraine crisis was the main focus for the summit, and there was no space for other discussions that could possibly destabilize the alliance on another front.