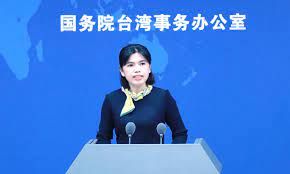 "Taiwan is part of China, and Taiwan compatriots are our brothers and sisters," said Zhu Fenglian, a spokesperson for the State Council Taiwan Affairs Office.

"We have taken actions in accordance with the law to punish separatist forces seeking 'Taiwan independence' and counter external forces' interference, which is a just move to safeguard China's sovereignty and territorial integrity," she said.

She made the statement when asked to comment on Stoltenberg's erroneous remarks that "China is threatening Taiwan."

Those who spread such false remarks are intended to use the Taiwan question to interfere in China's internal affairs, the spokesperson said.