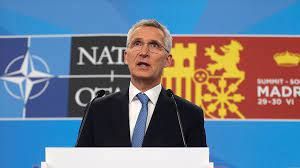 The 30 NATO allies signed off on the accession protocols for Sweden and Finland on Tuesday, sending the membership bids of the two nations to the alliance capitals for legislative approvals,  Leadertelegram reports.

The move further increases Russia's strategic isolation in the wake of its invasion of neighboring Ukraine in February and military struggles there since.

“This is truly a historic moment for Finland, for Sweden and for NATO,” said alliance Secretary General Jens Stoltenberg.

The 30 ambassadors and permanent representatives formally approved the decisions of last week’s NATO summit when the alliance made the historic decision to invite Russia’s neighbor Finland and Scandinavian partner Sweden to join the military club.

Despite the agreement in the alliance, parliamentary approval in member state Turkey could still pose problems for their final inclusion as members.