Passenger numbers in June this year reached 5,990,385, similar to levels seen before March 2019 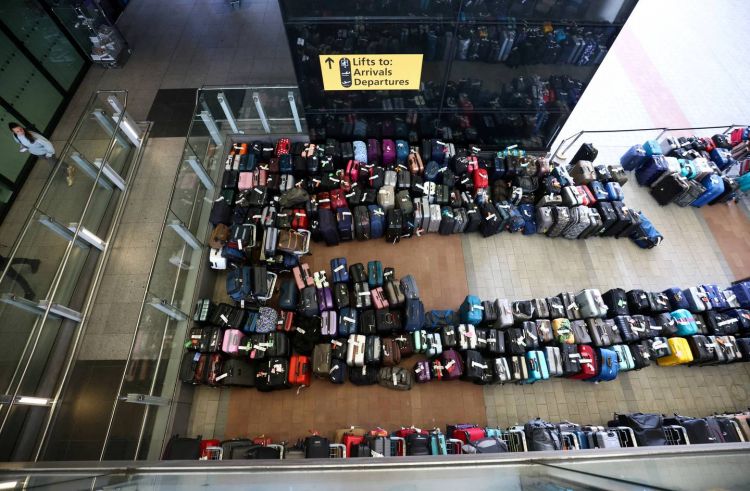 After imposing a daily passenger cap departing from its terminals, the kindest thing to say about Heathrow Airport right now is that it is in crisis mode.
Flights are being cancelled with startling regularity, delays are the norm and baggage piles are mounting.
The pandemonium is somewhat ironic given it has been caused by the travel resurgence airport chiefs spent most of the last two and a half years dreaming of.
Ever since UK Covid travel rules were imposed, industry honchos pled with the government to reduce restrictions significantly or remove them entirely, while simultaneously encouraging travellers to get airborne again.
Their wish granted, passenger numbers in June this year reached 5,990,385, a level comparable to that seen before March 2019.
Theoretically, the resurgence should have been music to the ears of Heathrow boss John Holland-Kaye, yet on Tuesday, he found himself having to justify capping passenger numbers to 100,000 a day until September 11, as the UK's largest airport sought to get a grip.
“Over the past few weeks … we have started to see periods when service drops to a level that is not acceptable,” he said in what constituted less of a statement and more of an understatement.
Take last Tuesday, when only one of the day’s 1,184 scheduled flights showed up on flight tracking sites as operational and on time.
Mr Holland-Kaye must hope this marks a nadir in Heathrow's fortunes, although his mood won't have been helped on Thursday, when Emirates airline rejected the order to cancel flights to comply with the passenger cap.
Though surprising, the passenger curb was not entirely unpredictable: the number of delays to date in the summer months at Heathrow marks a 78 per cent increase from the same period in 2019, aviation data firm OAG reported.
Cancellations are similarly compromised, with OAG figures suggesting an average 3.5 per cent of flights scheduled from Heathrow in the first two weeks of July didn't make it off the ground — a threefold increase on the first two weeks in July 2019. On its worst day in the month, a little more than one in 20 flights were cancelled.