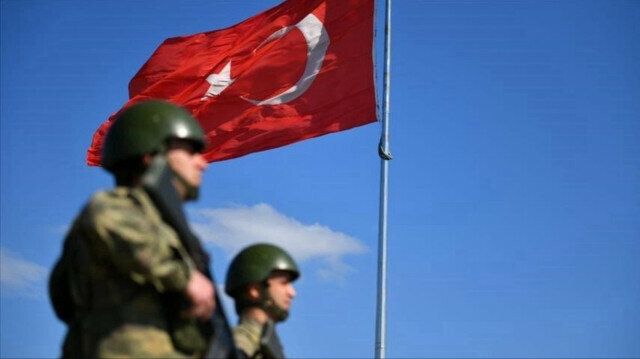 The Turkish intelligence nabbed a member of the KCK/PKK terror group abroad and brought him back to Türkiye, a security source said on Wednesday.
Savas Celik, codenamed Zerdest, was involved in the killing of Gendarmerie commander Maj. Arslan Kulaksiz in 2015, said the source, who asked not to be named due to restrictions on speaking to the media.
The terrorist, who is responsible for activities in eastern Türkiye and was in the blue category of the wanted terrorists list, crossed into Syria following the 2015 attack.
The wanted list is divided into five color-coded categories, with red as the most wanted, followed by blue, green, orange, and gray.
He was nabbed abroad and brought back to Türkiye in an operation by the National Intelligence Organization before fleeing to Europe as it was learnt that the terrorist was tasked by the PKK to continue his terrorist activities in Europe.
On June 27, 2015, Kulaksiz was attacked by KCK/PKK terrorists in eastern Mus province, when he was travelling with his wife in his car.
Kulaksiz was killed in the attack, while his wife Sibel Funda Kulaksiz was injured.
In its more than 35-year terror campaign against Türkiye, the PKK – listed as a terrorist organization by Türkiye, the US, and EU – has been responsible for the deaths of over 40,000 people, including women, children, and infants.