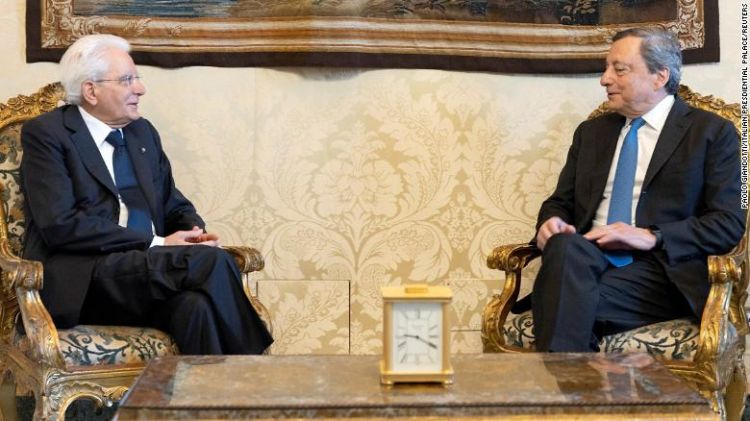 Mattarella branded the developments as "inevitable" following the political upheaval faced by the European Union's third largest economy over the last 24 hours.

In a short address from his residence at the Quirinale Palace in Rome, Mattarella thanked Draghi and his ministers "for their efforts over the past 18 months."

"The political situation that has been determined has led to this decision," he added. "The discussion, the vote, and the manner in which this vote was cast yesterday in the Senate made clear the loss of parliamentary support for the government and the absence of prospects for forming a new majority. This situation made the early dissolution of the chambers inevitable."

Mattarella said the period Italy is going through "does not allow for any pauses", in the statement issued at the end of his meeting with Senate President Elisabetta Casellati and House Speaker Roberto Fico.

"I have the duty to emphasize that the period we are going through does not allow for pauses in the interventions that are indispensable to counteract the effects of the economic and social crisis and, in particular, of the rise in inflation, which, caused above all by the cost of energy and food, entails heavy consequences for families and businesses," he said.

Draghi's resignation comes after several key parties in his coalition -- the powerful 5-Star movement, the largest party in the country's coalition government, center-right Forza Italia and the far-right League -- boycotted a confidence vote in the government Wednesday night.

The centrist leader's resignation came despite his popularity among many inside the country and support from world leaders, who view him as an important European voice in standing up to Russian President Vladimir Putin and his war in Ukraine.

Draghi's resignation not only presents a challenge for the future of Italy -- but also for Europe.