Climate change is driving temperature records in northern hemisphere, and that’s a warning sign down under. 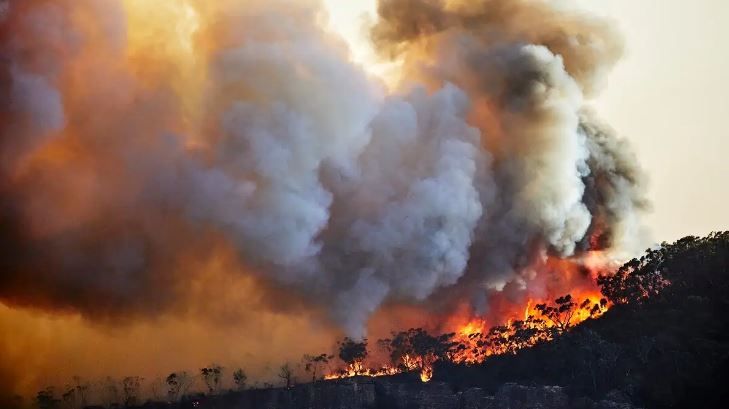 Northern hemisphere events are an advance warning for Australia
Just as Australia was stunned by consecutive years of record flooding events more often associated with rainy European winters, so has the northern hemisphere been unprepared for heatwaves that have long been part of the Australian psyche.
It’s that Australian ‘preparedness’ for heatwaves and bushfire events that may leave the UK and European nations exposed.
Tragic drownings of Britons retreating to lakes and streams for respite, as well as increased hospitalisations from heat stress and smoke inhalation, may become more common headlines in the coming years.
While more than three in four Australian households have air conditioning, just 1% of UK homes has a cooling system.
Just as Australia looks to the potential impacts of climate change on coastline and floodplain communities, so too will European nations need to consider what adaptations are needed to reduce the burden on an already challenged health system – something Dr Sharon Campbell, from the Menzies Institute for Medical Research at the University of Tasmania, describes as being caught in “a perfect storm of social, cultural and political factors”.
An adaptive response is important for already heat-prone nations like Australia. In January 2022, the mercury reached a continental record of 50.7°C in Onslow – a coastal town in Western Australia’s Pilbara region.
So although the global focus this week is on temperature records broken in the UK and France, Australia too must consider the impacts of hotter summers on its built-up areas, and high-fuel vegetation.
“These factors combine to make this [UK] event a human and environmental disaster,” says Campbell. “The UK has a health system already at breaking point, a government distracted by leadership battles, and an emergency-fatigued population just wanting to have a summer of fun.
“Driven by human-induced climate change, extreme and record-breaking temperatures have hit Australia, the United States and now Europe across successive summers.
“Australia needs to actively prepare for 50°C in major population centres like Western Sydney. This takes government leadership and community understanding.
“We have seen a shift to greater recognition of these risks with a recent change in federal government, and this needs to be urgently followed by greater investment in research, adaptation initiatives and education.”