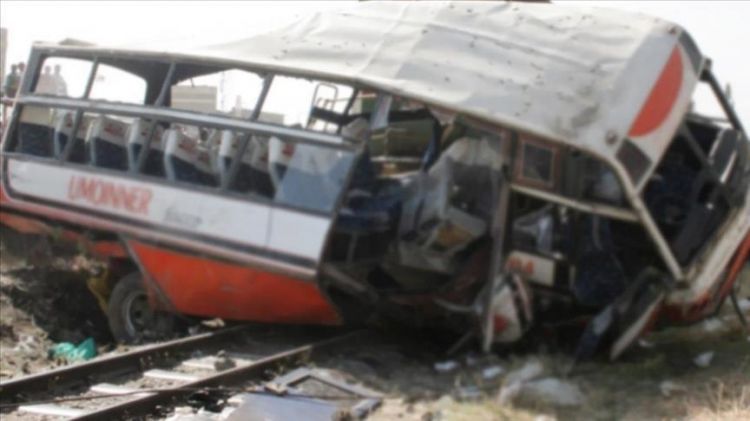 The death toll in Tanzania’s school bus accident climbed to 13 after three more schoolchildren succumbed to injuries, officials said on Wednesday.
Ten people, including eight schoolchildren, were killed and 18 others injured in the city of Mtwara on Tuesday when a school van swerved and plunged into a ditch.
The minivan was carrying over 30 children from King David primary school when it tumbled into the ditch.
In a statement, Mtwara Regional Commissioner Marco Gaguti confirmed three more children receiving medical treatment at the Ligula hospital died.
Nicodemus Katembo, a police officer in Mtwara, said the cause of the accident was brake failure.
“Our findings revealed that the school van’s braking system failed and the driver lost control when it plunged into the abyss,” he said.
Stella Yohanna, the mother of two children aged 5 and 7 killed in the accident, said she is “terribly shocked” by their death.
“As a family, we have accepted the loss, I know my children are gone forever. I pray to the almighty God to give me strength,” she told Anadolu Agency over phone.
Speaking to Anadolu Agency, Onesmo Olengurumwa, a human rights lawyer and the national coordinator of Tanzania’s Human Rights Defenders Coalition, urged the government to routinely carry out inspections of school transportation vehicles.