Journalists have been detained by YPG/PKK terrorists in Syria's Raqqa - ednews.net

Journalists have been detained by YPG/PKK terrorists in Syria's Raqqa 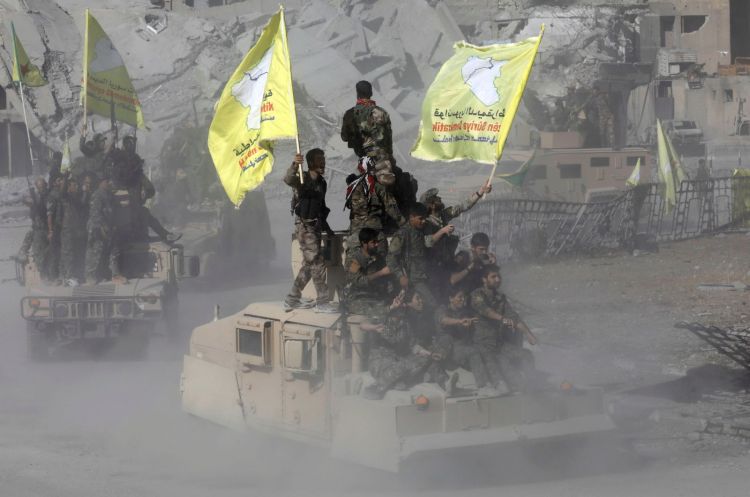 In a written statement, the Syrian Network for Human Rights (SNHR), which tracks human rights abuses against civilians in Syria, claimed that the YPG/PKK terrorist group under the guise of the so-called SDF detained 16 members of the local media on Saturday in Raqqa.
The statement urged the immediate release of the local media employees, who the terrorist group detained under the pretext of "espionage," stressing the need to protect press workers.
The network condemned the YPG/PKK terrorists' abduction of journalists and said the terrorist group had taken steps to end press freedom in the territories it controls.
In its more than 40-year terror campaign against Turkey, the PKK — listed as a terrorist organization by Turkey, the United States, and the European Union — has been responsible for the deaths of 40,000 people, including women, children, and infants.