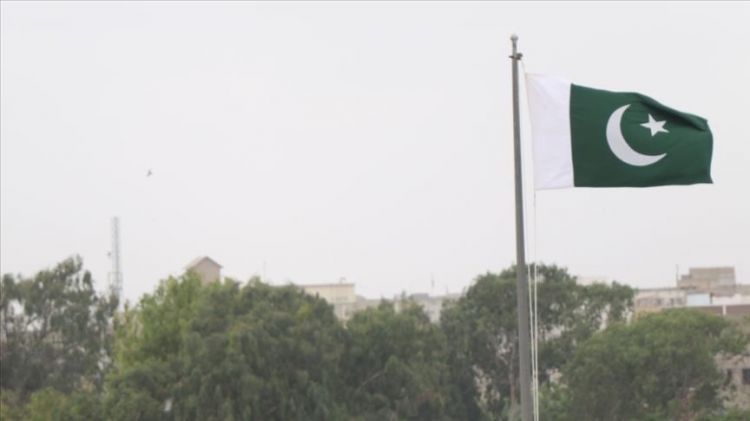 "Martyrdom of 10 Palestinians including a five-year old girl in Gaza is latest act of Israeli terrorism. If impunity and barbarism had a face, it would have been that of Israel, which has targeted Palestinians without any care for consequences," Prime Minister Shehbaz Sharif said on Twitter.

The Gaza-based Health Ministry said Israeli airstrikes resulted in 10 deaths, including a 5-year-old girl, and injuries to 44 other Palestinians.

The Islamic Jihad movement said in a press statement that Taysir al-Jabari, its commander for the northern region of Gaza, was also killed in the airstrikes.

The Israeli army confirmed in a statement that it had targeted al-Jabari and 10 others, claiming they were on their way to launch anti-tank missiles and sniper operations.

According to an Anadolu Agency reporter in Gaza, Israeli warplanes hit separate areas in Gaza City, Khan Yunis, and the northern Gaza Strip. Among the targets that the army raided was an apartment in Burj Palestine, in the Rimal neighborhood in western Gaza City.

The Palestinian Authority also called on the international community to pressure Israel to stop the aggression against Palestinians, particularly in Gaza, and to provide them with international protection.