China is moving toward using force to resolve the Taiwan question - ednews.net

China is moving toward using force to resolve the Taiwan question 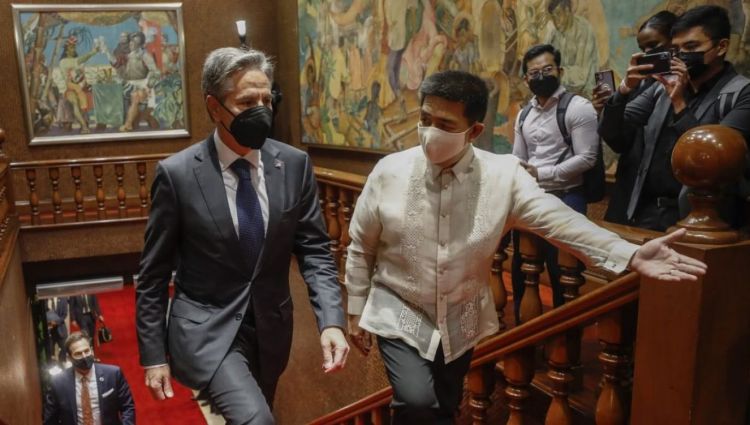 During a press conference that followed a meeting with the Philippine Secretary of Foreign Affairs in Manila, US Defence Secretary Antony Blinken said that China is upsetting the status quo and possibly moving toward a forceful resolution of its spat with Taiwan, which it considers a rebel province.

“That status quo is founded on something that was clearly understood for decades, and that is the differences between Taiwan and the [Chinese] mainland need to be resolved peacefully,” said US Secretary of Defence Antony Blinken, during a presser that followed a meeting between himself and the Phillippines’ Foreign Secretary. “And what we've seen China do over the last few years is move away from a peaceful resolution of differences to doing so coercively and potentially, forcefully.”
Blinken said that in spite of Beijing's aggressive stance, the United States would work to ensure communication channels with China remained open to prevent miscommunication. Nonetheless, Blinken criticised the Chinese government for retaliatory actions that followed US House of Representatives Speaker Nancy Pelosi’s visit to Taiwan, which went beyond firing missiles over the island nation. China is now abandoning dialogue between senior-level military commanders and walking away from climate change talks.
“Countries around the region and around the world […] expect us, the United States and China, to manage our differences responsibly,” said Blinken.
In the face of the growing tensions in the region, Secretary Blinken also re-assured US’s Philippine allies, the relationship with whom has become somewhat strained under the presidency of Rodrigo Duterte, saying that the 70-year-old defence pact between the two countries was “ironclad”.
“An armed attack on Philippine armed forces, public vessels and aircraft will invoke US mutual defence commitments under that treaty,” Blinken told the press.
Enrique Manalo, Philippine Secretary of Foreign Affairs, welcomed Blinken’s assurances that they would work closely with the administration recently elected Philippine President Ferdinand Marcos Jr, son of the deposed Philippino dictator Ferdinand Marcos Sr. Regarding the recent escalation around Taiwan, Manalo said Washington was an important ally, but that the Philippines “look at the big powers to help calm the waters”.