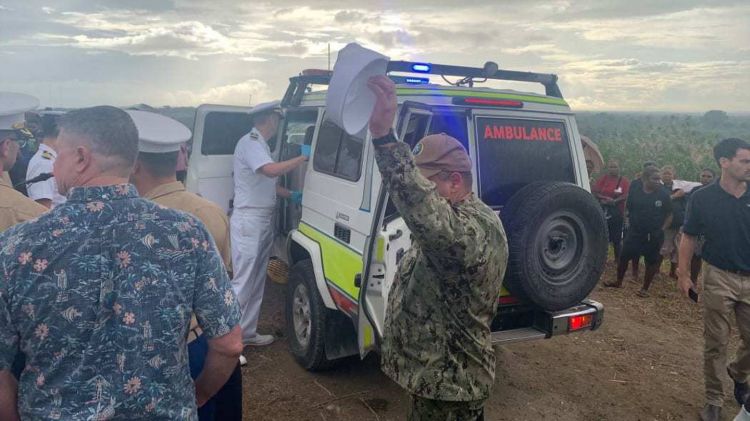 A Japanese sailor has been stabbed at Bloody Ridge in Solomon Islands during a World War II remembrance ceremony in Honiara.
Witnesses say the man, who was part of the Japanese Navy media team, was stabbed in the neck with a pair of scissors.
Bloody Ridge community chief Wesley Ramo said the culprit was from a neighbouring community and was mentally unstable and under the influence.
He was quickly detained by locals and members of the US military present for the ceremony and taken away by police.
The ceremony then continued peacefully.
RNZ Pacific spoke with medical personnel who said the Japanese sailor would require minor stitches but was okay.
Japan's consul in Solomon Islands, Nori Yoshida, said it was a very unfortunate event, and they were unclear about the motive but would be following up with police.
The stabbing has marred what has been a peaceful ceremony to remember those who lost their lives during the battle of Guadalcanal 80 years ago.
The Guadalcanal campaign was the first major land offensive by allied forces against the Empire of Japan.
An estimated 30,000 personnel died and as many as three quarters of the deaths were from tropical diseases and starvation.
Events started on Sunday as speakers with ties to those who fought and died there spoke of the importance of remembering their fathers and grandfathers.
The Solomon Islands government has declared Bloody Ridge, also known as Edson's, a national park.