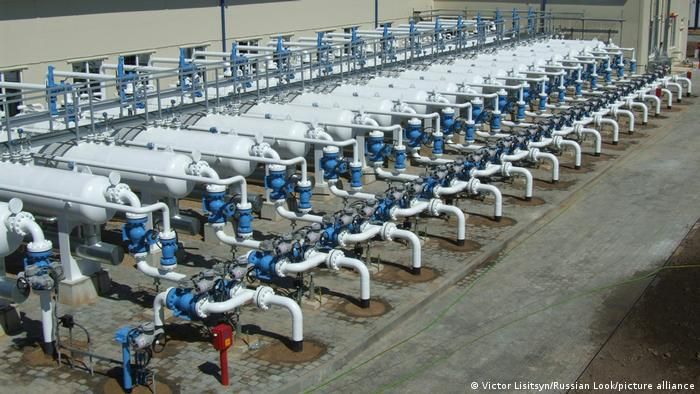 The European Union's emergency gas plan went into force on Tuesday, with member states being asked to reduce their gas use and work toward filling gas storage ahead of winter.

The plan has been introduced to counter the shortfall of supply that would arise if Russia were to cut off its delivery of gas amid tensions over Moscow's invasion of Ukraine.

Gas deliveries from Russia to the EU have already been considerably reduced in moves seen by many as a "weaponization" of energy supplies by Moscow.

What does the plan entail?

EU member states are being asked to voluntarily reduce gas consumption by 15% between August 1 and March 31, as compared with the average consumption in the same period during the past five years.

Under the plan, which was approved by EU energy ministers in late July, the savings targets could be made mandatory in case of a supply emergency.

However, there are numerous opt-outs for individual countries and industries, and at least 15 EU countries representing at least 65% of the bloc's total population would have to approve for the targets to be made binding.

Spain and Italy are among the countries to have obtained exemptions from the 15% savings target.

What has Germany's network regulator said?

According to Klaus Müller, the head of the German federal agency responsible for electricity, gas, rail, mail and telecommunications — the Bundesnetzagentur — the plan could put an end to the recent rises in gas prices or even start pushing them back down.

"If all countries in Europe save gas, this can stabilize the price so to speak, maybe even reduce it, and contribute to making sure that there is enough gas supply for us to make it through the autumn and winter," Müller told public service broadcaster ZDF.

Gas prices in Germany have more than doubled since the end of last year, to €0.13 ($0.13) per kilowatt hour, with some suppliers increasing prices even more.

Starting October 1, costs will go up again in Germany, with gas customers asked to pay "solidarity levy" of up to €0.05 per kilowatt hour. The money aims to help gas importers who have been forced to buy more expensive gas from countries other than Russia.

The emergency plan is initially to be in place for a year.