‘UK leadership candidates not held to account over Islamophobia’ - ednews.net

‘UK leadership candidates not held to account over Islamophobia’ 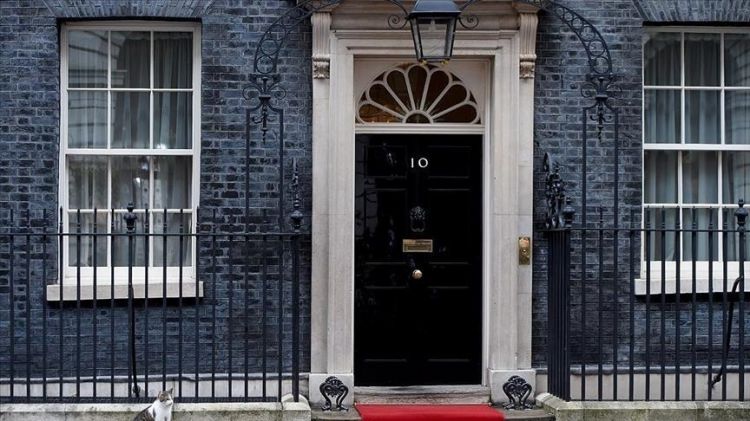 The UK leadership candidates must address Islamophobia within the Conservative Party, according to the head of the country's largest and most diverse Muslim umbrella organization.
That has triggered demands that the next prime minister takes Islamophobia within the Tory party seriously after a silence regarding the issue from outgoing Prime Minister Boris Johnson.
Zara Mohammed, secretary general of the Muslim Council of Britain (MCB), believes Johnson should have apologized in his resignation speech to the Muslim community and has warned that "no concrete steps" have been taken to tackle the issue, despite the MCB recording more than 300 instances in the Tory party since 2019.
Her remarks came after allegations from Conservative Member of Parliament (MP) Nusrat Ghani that the party is institutionally Islamophobic and her "Muslimness" was raised when she was fired from her transport minister's post.
"I have written a great deal about the problem of Islamophobia and anti-Muslim bigotry in the Conservative Party. I'm afraid at the very top is Boris Johnson himself, who's been guilty of a series of terrible remarks," said Peter Oborne, a British political journalist and author.
He pointed out that Islamophobia has been tolerated for a long time, and "the very ugly culture of Islamophobia" is at the highest ranks of Tory MPs, counselors and ordinary Tory members who often believe "wild conspiracy theories about Muslims which are quite alien to an advanced Western society which claims to be tolerant."
In his book The Fate of Abraham: Why the West is Wrong about Islam, Oborne explains how the British conservative think-tank Policy Exchange has contributed to dismantling traditions of tolerance and multiculturalism in the UK "with Muslims as its main targets."
"I describe the various ways in which an image of Islam and an image of Muslims are being constructed in the West. This has been done by media, is being done by politicians, and also by think-tanks," he said.
Mohammed Amin, a former chairman of the Conservative Muslim Forum, said the government is not doing enough to tackle Islamophobia, and "the Conservative Party's main priority, of course, is to get re-elected."
Muslims in the UK overwhelmingly vote for the Labour Party. Under Prime Minister David Cameron, the Conservative Party made great progress by gaining Muslim voters.
The UK went from getting about 15% of the British Muslim vote going Conservative in the 2010 general election to 25% in 2015. Since then, however, voting Conservative has dropped dramatically.
Calls for inquiry into Islamophobia
For several years, there have been many calls, including from the Conservative Muslim Forum, for an independent inquiry into Islamophobia and anti-Muslim bigotry within the Conservative Party.
The party initially kept refusing to hold an inquiry. Then in the 2019 leadership election, Sajid Javid, an MP who was one of the five finalists, managed to convince the other candidates to promise an independent inquiry into Islamophobia. However, right after, Johnson started retracting and those efforts eventually became an all-purpose inquiry into the Conservative Party.
Amin believes that addressing anti-Muslim hatred is not the government's priority.
"Their priority is to try to keep their ship on the road to avoid the Conservative Party tearing itself apart and to get re-elected, and they just don't see how any of that is advanced by getting engaged with anti-Muslim hatred," he said.
"The Conservative Party has really failed to engage with anti-Muslim bigotry that you find amongst a significant proportion of Conservative Party members, locally elected Conservative Party counselors, etcetera," Amin added.
A UK government spokesperson said, "we take a zero-tolerance approach to anti-Muslim hatred in any form and will continue to combat discrimination and intolerance."
In 2019, the UK government appointed an independent adviser, Qari Asim, but he was recently removed from the post.
"I cannot answer why the government decided to remove me from the office," he said. "You know, the perception is that the government did not want to tackle the issue of defining Islamophobia."
"I was appointed as the government's adviser to define Islamophobia in July 2019, so almost three years ago, and since then, no progress has been made," he said. "The perception is that by removing me from the office, the government has closed the door to defining Islamophobia."
A long-awaited 2021 review into Islamophobia acknowledged that there had been anti-Muslim sentiment within the Conservative Party and it criticized the party for failing to properly investigate allegations, but no evidence was found that the Tory party was institutionally Islamophobic.
Critics labeled the report as a "whitewash" and have argued that the findings only focused on the complaints process and failed to identify party prejudice.
It remains to be seen whether the next prime minister will make more of an effort to tackle the issue of Islamophobia than the silent Johnson. But for now, the Conservative Campaign Headquarters said it could not comment until the end of the leadership contest in September.