Meeting between Turkiye, Sweden, Finland on NATO membership to be held on August 26 - ednews.net

Meeting between Turkiye, Sweden, Finland on NATO membership to be held on August 26 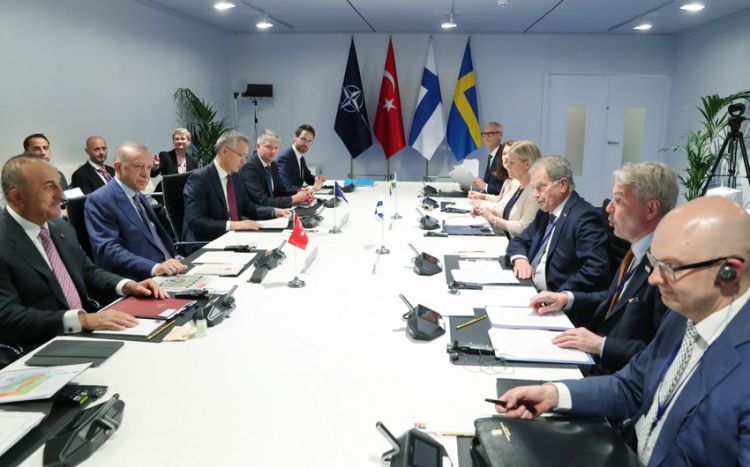 After the NATO summit held in Madrid, the first meeting of the representatives of Turkiye, Sweden, and Finland regarding the membership of the Nordic countries in the alliance is scheduled for August 26, Turkish Foreign Minister Mevlut Cavusoglu said, TASS reports.

"So far, we have not seen Sweden and Finland have fulfilled the obligations set out in the memorandum on NATO membership and verbally promised. However, we are open to negotiations. The first meeting with the representatives of Sweden and Finland is planned to be held on August 26," Cavusoglu said at a press conference in Ankara.

The Turkish government has previously stated that the memorandum signed with Sweden and Finland within the framework of the June NATO summit is not final. The Turkish parliament may not approve it if Stockholm and Helsinki do not fulfill their obligations to fight against terrorist organizations.

On June 28, the foreign ministers of Turkiye, Sweden, and Finland signed a memorandum removing the obstacles to the two countries' admission to NATO. The document envisages establishing cooperation with Ankara in the fight against terrorism, including the PKK, which Turkiye considers a terrorist organization, its affiliates, and the FETO organization, which Turkiye accuses of participating in the 2016 coup attempt.