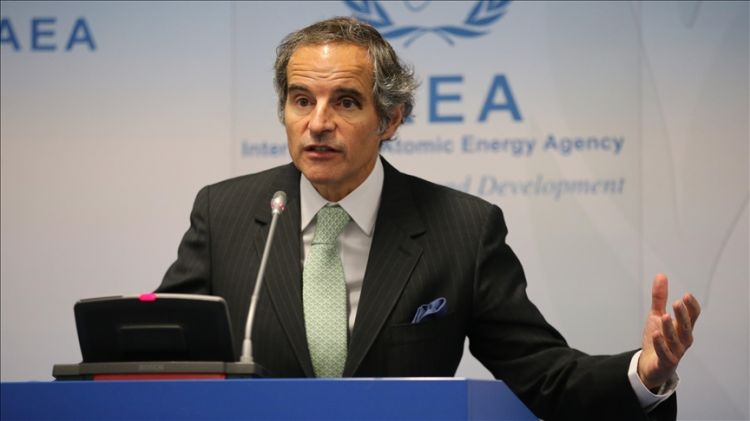 The head of the International Atomic Energy Agency (IAEA) said Thursday that he is seeking to visit Ukraine’s Zaporizhzhya nuclear plant amid fresh shelling of its compound, Ednews reports citing Anadolu Agency.

Rafael Grossi told the UN Security Council that there was no immediate threat to the safety of the nuclear site based on a preliminary assessment but warned that this could change at any moment.

Russia and Ukraine accuse each other of the attacks at the nuclear facility.

Russia is currently in control of the facility after seizing it and surrounding areas in March from Ukraine.

Grossi said he was ready to lead a team of experts to assess the physical damage to the facility.

''The IAEA must be allowed to conduct its mission as soon as possible,'' he added.

Earlier, UN Secretary-General Antonio Guterres called for an end to all military activities immediately in and around the nuclear plant, warning that further worrying incidents could lead to disaster.

Russia, which requested the emergency meeting of the Security Council, put the blame again on Ukraine for the recent attacks while Western countries called for the full return of the nuclear plant to Ukraine.

US Undersecretary of State for Arms Control and International Security Bonnie Jenkins said that Washington supports Ukraine's proposal to create a demilitarized zone around the Zaporizhzhya plant.

Russia took control of the facility on March 4, roughly two weeks after beginning its offensive against Ukraine.