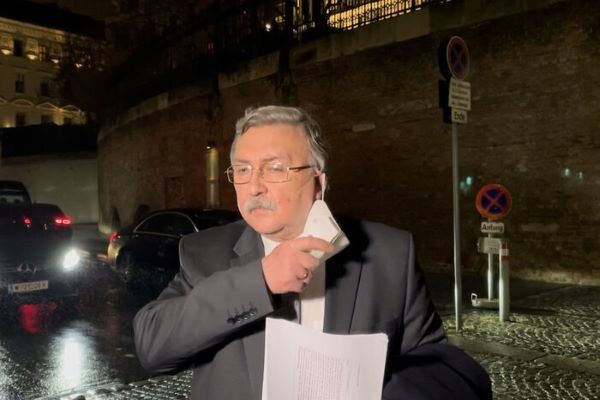 The Russian Foreign Ministry criticized the statements of the EU Coordinator in the Vienna talks, who claimed that Iran should either accept the current text or recognize that the talks have failed, Mehr news reports.
"The Russian #MFA: according to the #EU spokesman the participants in the #ViennaTalks face a choice- either to accept the current text or to recognize that the talks failed. The Joint Commission of the #JCPOA didn’t authorize the EU Coordinator to make statements like that," wrote Russia’s Permanent Representative to the Vienna-based International Organizations on a Thursday tweet.
"Russia is convinced that the restoration of the #JCPOA is the only reasonable and effective way ahead. It would result in the lifting of illegal #sanctions against #Iran, strengthening non-proliferation, and creating better conditions for developing regional security dialogue," he added.
The deputy director of the Russian Foreign Ministry's information and press department also said at a news briefing on Thursday that a positive outcome is possible in the negotiating process on the restoration of JCPOA regarding the Iranian nuclear program.
Iran and the remaining parties to the JCPOA -- Russia, China, France, Britain, and Germany -- started talks in the Austrian capital of Vienna in April last year. While the parties noted progress in multiple rounds of talks, the indecisiveness shown by Washington has prevented any significant breakthrough.
Last month, the negotiations were hosted in the Qatari capital of Doha in a different format, with Tehran and Washington holding indirect talks mediated by the European Union. Those talks also failed to produce any tangible result due to the excessive demands of the US.
After several months of impasse, the Vienna talks resumed recently. Expert-level negotiations have been held between Iran and the P4+1 group of countries.