Defense Minister Christine Lambrecht announced that Germany's military mission in Mali would be halted until further notice. France is withdrawing a larger force from Mali, as the junta hired Russian mercenaries. 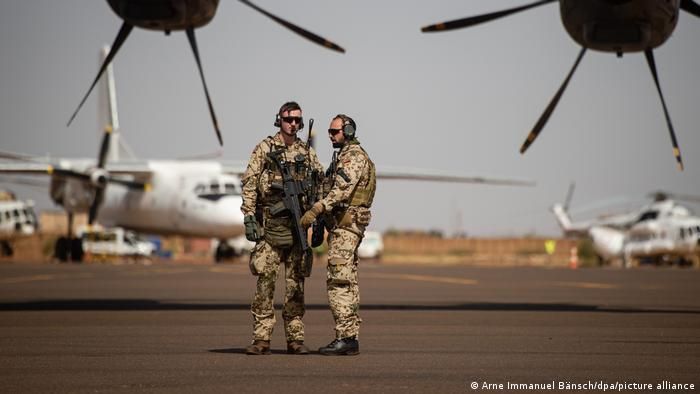 The German government announced on Friday that its participation in the UN military to Mali would be suspended until further notice, after Malian authorities did not allow a German military plane access to its airspace.
"Again those in power in Mali have not allowed the UN MINUSMA mission access to its airspace. A planned rotation of personnel is therefore not possible. That has effects on our engagement, given that the security of our soldiers has the highest priority," the Defense Ministry said on Twitter.
Defense Minister Christine Lambrecht criticized her opposite number in Mali's military government, Colonel Sadio Camara, in her attached statement.
"Camara's actions speak a different language to his words. Therefore we must take measures and will halt the operations of our reconnaissance forces and CH-53 [a type of military cargo helicopter] transport flights until further notice," Lambrecht was quoted as saying.
Berlin had extended the Bundeswehr deployment to Mali earlier this year, following a visit by Germany's foreign minister Annalena Baerbock to the West African nation. But earlier last month, Mali's government had asked the spokesman of the UN peacekeeping mission, MINUSMA, to leave the country.