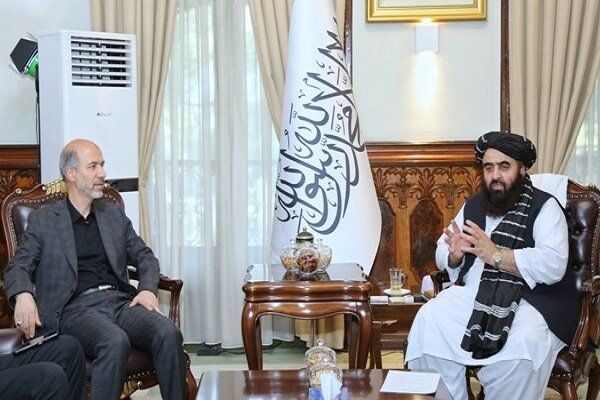 The Iranian side stressed the need for implementation of the 1973 treaty reached between Iran and Afghanistan regarding Iran's water share from the Helmand River.

The Iranian delegation also expressed readiness to cooperate in the sectors of electricity production and export and water transfer projects to big cities.

In this meeting, both sides discussed the implementation of the 1973 Helmand water agreement, the problems of Afghan immigrants and businessmen in Iran, as well as border and transit issues between the two countries.

Mehrabian arrived in Kabul on Wednesday to discuss Iran's Water rights from the Helmand River (Hirmand) with the Afghan side.

Iran is concerned about the country's water share from the Helmand River and the Afghan side has agreed with Iran's water rights, Mehrabian said recently, adding that this is a positive step, but it is not enough at all.