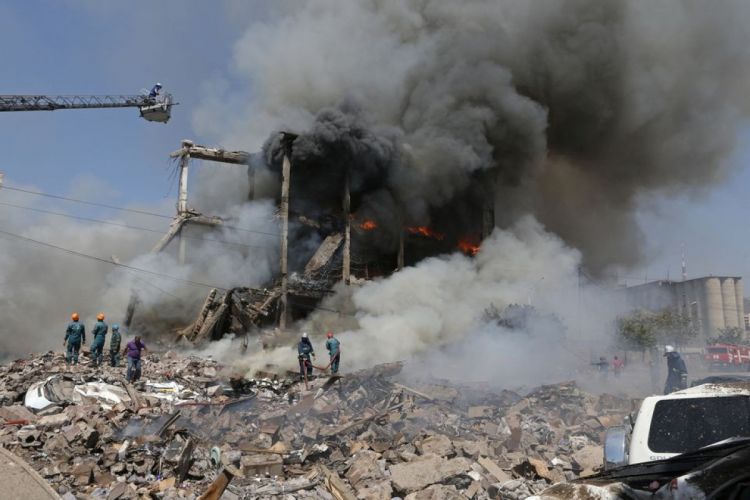 Minister of Emergency Situations of Armenia, Armen Pambukhchyan, ruled out the possibility of terrorism in the explosion at the "Surmalu" wholesale market in Yerevan, TASS reports.

Currently, fire in the area has been reportedly localized, and search and rescue operations are underway.

Notably, at least 6 people died, 16 people went missing and 61 people were injured during the explosion and fire at the "Surmalu" market.