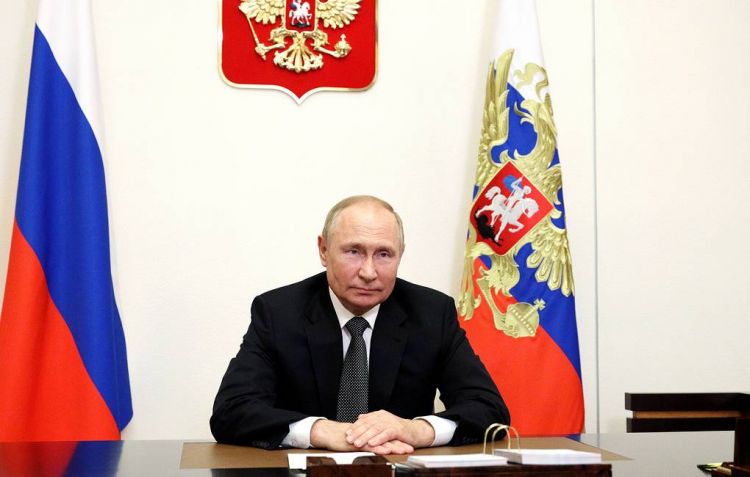 The collective West is purposefully destroying the European security system, Russian President Vladimir Putin said in his address to participants and guests of the Moscow Conference on International Security, TASS reports.

"The US and its vassal states grossly interfere in the internal affairs of sovereign states through organizing provocations, coups, and civil wars. They use threats, extortion, and pressure to force independent governments to obey their will and follow rules that are foreign to them," he added.

Putin stressed, "All this is being done with one goal - to maintain its dominance, the model that allows to feed off the entire world, as it was centuries before, and this model can be maintained only by force."

He drew the attention of the conference participants to the fact that the NATO bloc is moving to the East, bolstering its military infrastructure, including the deployment of missile defense systems and increasing offensive forces' attack capabilities. "On paper, this is hypocritically declared as a need to boost European security, but in reality, the exact opposite is happening. At the same time, Russia's proposals from December last year were simply ignored once more," Putin concluded.