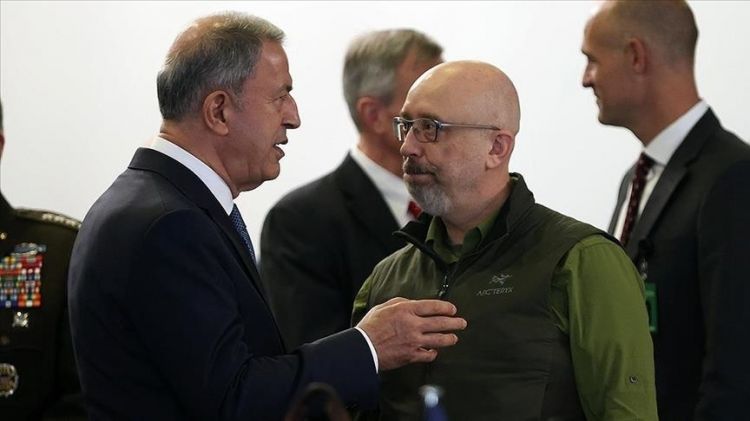 During the phone call, according to the Turkish Defense Ministry, Akar told Reznikov that Türkiye will continue to play its part for peace and humanitarian aid to Ukraine.

Akar also expressed satisfaction with the progress made in grain shipment and the work carried out in cooperation with the Joint Coordination Center.

In July 22, Türkiye, the UN, Russia, and Ukraine signed a deal in Istanbul to reopen three Ukrainian Black Sea ports for exporting Ukrainian grain stuck due to the Russia-Ukraine war, which is now in its sixth month.

To oversee the process, the JCC in Istanbul was officially launched on July 27, comprising representatives from the three countries and the UN to enable safe transportation of commercial foodstuffs and fertilizers by merchant ships.

Since the first departure on Aug. 1, a total of 21 ships carrying grain and wheat have so far left Ukrainian ports under the deal.