S.Korea president says any talks with N.Korea should be more than show - ednews.net

S.Korea president says any talks with N.Korea should be more than show 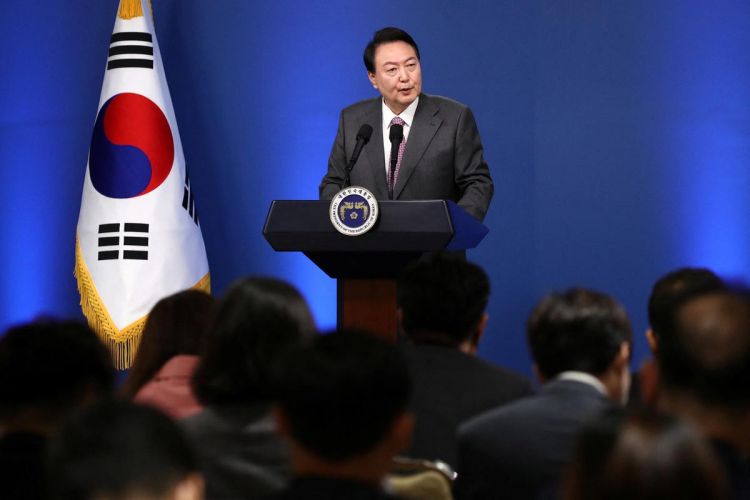 Talks with North Korea should not be for political show but contribute to establishing peace, South Korean President Yoon Suk-yeol said on Wednesday, speaking at a press conference to mark his first 100 days in office, Reuters informs.

Yoon repeated his calls for North Korea to end its nuclear weapons development and begin denuclearization in exchange for phased economic aid.

South Korea was not in a position to guarantee the North's security if it gave up its nuclear weapons, but Seoul does not want forced regime change in North Korea, he said.

Facing falling poll numbers and controversies over his picks for top ministers, Yoon was pressed by media on a range of issues including labor reform, housing shortages, and recovery from recent floods.

He said he believed that historical disputes with Japan dating back to its colonial occupation of the Korean peninsula from 1910-1945 can be overcome and that the two countries need to cooperate more closely on supply chain and economic security.