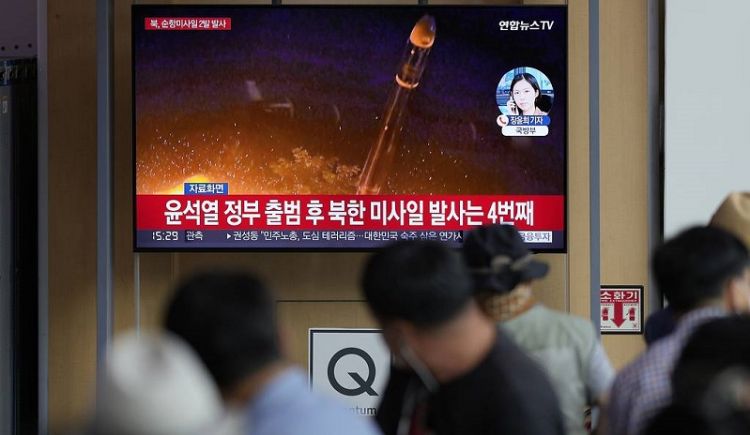 "We recorded that North Korea launched two cruise missiles toward the Yellow Sea at dawn today from [the county of] Oncheon in the South Pyongan Province," the official said.

As the agency pointed out, the cruise missile launch was the first since January. The ballistic missile test took place on June 5. On Tuesday, the South Korean and US armies began preliminary drilles to be followed by the Ulchi Freedom Shield maneuvers. Also on Wednesday, President Yoon Suk-yeol of the Republic of Korea held a press conference to mark his first hundred days in office.

On Monday, on the anniversary of the liberation of the Korean Peninsula from Japanese rule, Yoon Suk-yeol laid out details of his "bold plan", according to which Seoul offers Pyongyang economic aid in exchange for denuclearization. At a press conference on Wednesday, Yoon Suk-yeol repeated his proposal.

As the Yonhap news agency notes, the cruise missile launch is not a violation of UN Security Council resolutions.