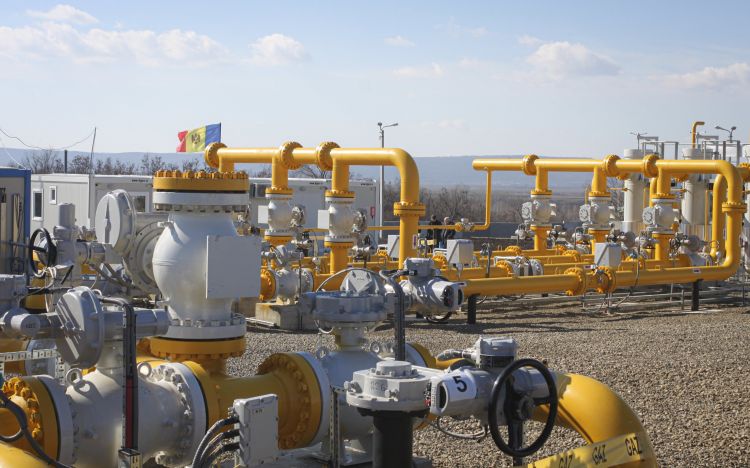 Russian gas supplies to Europe via the main export routes may remain at the level of previous days of around 42.2 mln cubic meters per day in transit through Ukraine and 34 mln cubic meters via Nord Stream on Wednesday, August 17, EDnews reports citing TASS.

Nominations for transit of Russian gas through Ukraine for August 17 via the gas distribution station Sokhranovka are absent, whereas nominations for transit via the Sudzha station roughly stand at around 42.2 mln cubic meters, according to data released on the website of the Gas Transmission System Operator of Ukraine (GTSOU).

Meanwhile, Russian gas deliveries via Nord Stream, the main route for export of Russian gas to Europe, remain at the level of previous days of around 34 mln cubic meters per day, according to data provided by Nord Stream AG.

That said, amid lower gas supplies from Russia European countries continue pumping gas into their underground gas storage facilities (UGSF), with European gas storages over 74% full now, according to Gas Infrastructure Europe (GIE). Earlier, the European Commission (EC) suggested that the occupancy level be introduced for EU gas storage facilities of at least 80% for 2022-2023 winter, and of 90% for all future winter periods.

The Nord Stream gas pipeline, which supplies gas from Russia to Europe, has been used at about 20% of its maximum capacity since July 27 due to the shutdown of two gas turbines. One of them, built in Canada by Siemens Energy, was sent to Montreal for repairs. Due to Ottawa’s sanctions against Russia, the manufacturer initially refused to return the repaired turbine to Germany, but after numerous requests from Berlin, the company decided to do it. On July 25, Gazprom announced the forced shutdown of another gas turbine engine at the Portovaya compressor station. Consequently, only one turbine remains in working condition now.

Moreover, the Gas Transmission System Operator of Ukraine has suspended the transit of gas to Europe via the Sokhranovka station since May 11 due to force majeure. As a result, Gazprom supplies gas for Europe through Ukraine via the Sudzha gas pumping station, while requests for pumping via Sokhranovka are rejected by the Ukrainian side.