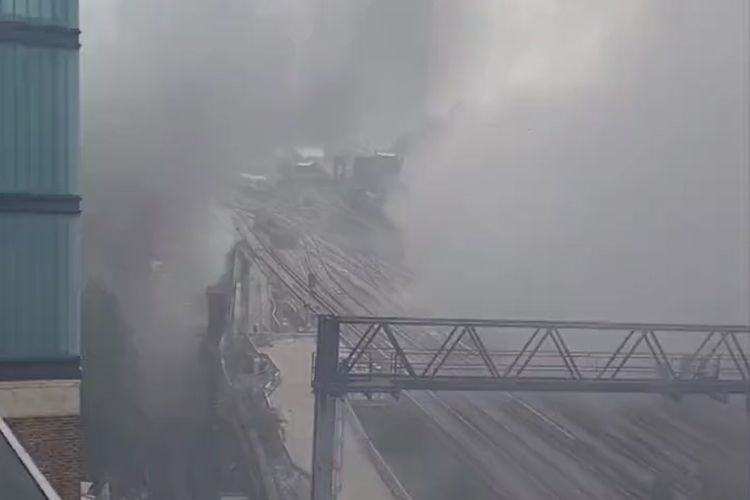 A videograb shows the fire at a railway bridge in Southwark.
The London Fire Brigade said about 70 of its men were battling a fire at a railway bridge in Southwark, in the center of the British capital, on Wednesday, as the fire stopped trains in the area and several buildings were evacuated.
Pictures posted by the fire brigade on Twitter showed large plumes of smoke rising from under one of the bridge's domes, which the fire brigade said was "all on fire."
London Underground trains were disrupted, as were overground trains to London Bridge and Southwark.
"The fire is spewing thick smoke, and people who live or work in the area are advised to close their windows and doors," station superintendent Wayne Jason said in a statement on the firefighting agency's website.
The London Fire Brigade (LFB) said that fire is now under control.
"As soon as it is safe to inspect the arches we will do so but for now there's no change to services with diversions and cancellations across South London," it said.